They shall grow not old

Irish soldiers and the Great War

they shall grown no old, as we that are left grow old,
age shall not weary them, nor the years condemn,
at the going down of the sun and in the morning
we will remember them. – Lawrence Binyon, 'For the Fallen'

On 11 November 1996 a group of prominent Irish citizens, from North and South, travelled to the First World War battlefields of Europe for what was described as a 'Journey of Reconciliation'. The gesture was intended as an act of reparation for the culpable neglect of the memory of those idealistic Irishmen who fought in the Great War, and as an acknowledgement of the potential of such a commemoration in the process of North/South reconciliation.

The journey was also another benchmark in the resurgence of interest in what had become almost a taboo subject. History might have ignored the fact that more than a quarter of a million Irishmen (a majority of them nationalists) fought in the Great War but it could no longer be denied. The publication in 1996 of Myles Dungan's Irish Voices from the Great War contributed to the increasing awareness of the injustice done to the Irishmen of the 1914–18 War. This companion volume uses the same type of material (letters, diaries, memoirs, personal interviews) to advance that process.

Although the book deals with things which affected all soldiers during the Great War, it focuses on the thoughts and emotions of Irish volunteers – the mundane horror of life in the trenches, the role of chaplains, the experiences of Irish war writers, the plight of prisoners of war and the stories of those who were 'shot at dawn'.
Here are the voices of ordinary soldiers providing authentic, if often subjective, commentaries on a disillusioning war in which there were no winners.

Journalist and broadcaster Myles Dungan is the author of Irish Voices from the Great War (1996). 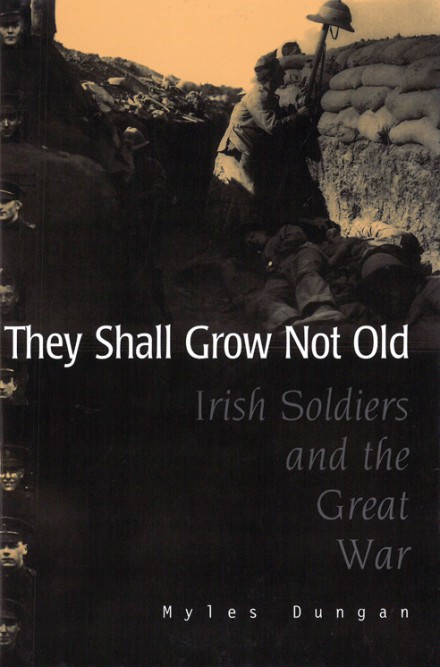