'Congratulations on a brilliant edition of the Dunkin poem, which has inspired me to read it again. It's done with great love and devotion', Prof. Terry Eagleton.

‘It is as a poem, and even more so as a cultural artefact, that The Parson’s Revels will gain in value today; and this new edition brilliantly serves to illustrate anew the stark vibrancy of verse in the period. In particular, it introduces to a new audience one of the most lively and unique voices of eighteenth-century Ireland', Daniel Cook, The Scriblerian (Autumn 2013).

‘A welcome addition to The Literature of Early Modern Ireland series, which has done so much in recent years to make available scholarly editions of important but neglected texts and so expand awareness of the rich diversity of seventeenth- and eighteenth-century Irish writing. Aiming to make both William Dunkin (1705–1765) and his text more accessible to the 21st century reader, the present volume includes a comprehensive critical introduction in which Skeen skilfully combines original biographical research with illuminating literary analysis … Thanks to the close attention paid to Dunkin’s biography, the introduction effectively establishes the social, political and literary contexts within which the three-canto, mock-epic poem was written and transmitted … This edition allows Dunkin to emerge from the shadow cast by his powerful patrons, Swift and Chesterfield, and establishes the significance of The Parson’s Revels not only for the poet’s friends and contemporaries but also for the 21st century reader and scholar', Anne Markey, Eighteenth-Century Ireland (2011).

‘The Literature of Early Modern Ireland series continues to produce valuable editions of lesser-known and frequently unavailable Irish texts, and Catherine Skeen’s edition of The Parson’s Revels is an important contribution … This edition of “one of Dunkin’s most entertaining and most culturally engaged poems,” however, is the first since 1774 … The Parson’s Revels is prefaced in this edition by rich detail, offering fascinating insights in to some of the complex relationships and rivalries that mark literary and political culture in mid-eighteenth-century Dublin … Skeen defends the poem’s apparent simplicity – a ridiculous battle of wits fuelled by copious amounts – pointing out its serious concern with the frictions and tensions inherent in eighteenth-century Ireland, elements of which are manifest in each of the caricatures attending the revels … Skeen is to be congratulated for her scholarship on this text, and we can anticipate more good work, and marginalized texts, emerging as part of this series', Carrie Griffin, Irish Literary Supplement (Spring 2012).

‘The Parson’s Revels is an account of a party held at the fictional Beauchamp Hall, where the various elements of Irish society meet and set aside their differences, alcohol working to suspend class hostilities. As Catherine Skeen notes in her exemplary introduction, Dunkin seems to have adopted an ecumenical attitude himself; if anything, he is most hostile to the swaggering boorishness of the English who govern the island', Andrew Hadfield, TLS (29 April 2011).

‘With its aim to provide definitive modern editions of important and underrated Irish texts, Richard Nugent's Cynthia (1604), the first sonnet sequence written by an Irishman, and the highly entertaining The Parson's Revels (1746) by the neglected poet William Dunkin, are the latest titles to be published in the landmark Literature of Early Modern Ireland series by Four Courts Press … the new editions of The Parson’s Revels and Cynthia offer the full texts to a modern audience for the first time … Only good modern editions of the key texts with scholarly introductions that reflect the best of current thinking can truly increase our understanding of the literary culture of early modern Ireland and permanently transform the canon: the new editions of Cynthia and The Parson's Revels do just this … The Parson's Revels is a humorous mid-eighteenth-century poem about a raucous party. These are rich and sophisticated texts, and a pleasure to read and study. The scholarly introductions show the poems off to great effect, beautifully highlighting their interesting and unique features, and intelligently locating them within their cultural, historical, and political contexts … Catherine Skeen’s painstakingly researched biography of Dunkin, which provides old, new, and corrected information about this unfairly marginalized writer, focuses on his literary career and attends to his friendship with Swift … Skeen's edition of Dunkin's text provides an excellent resource for scholars interested in exploring the literary culture of eighteenth-century Ireland … Skeen's discussion of the poem's complex engagement with Ireland's manuscript and print culture is highly astute. Together, the two books make a significant contribution to our understanding of the rich literary culture of early modern Ireland … attractively presented and easy to use, with textual and historical notes conveniently located at the bottom of the page. The annotations are unobtrusive and concise yet comprehensive and informative … Overall, the two books are the products of cutting-edge scholarship on these remarkable texts and their literary and historical contexts, and they also clearly signpost pathways for future research endeavours. These latest additions to The Literature of Early Modern Ireland series testify its important function in making significant and unjustly neglected texts like these accessible to a wider audience', Irish University Review (Summer 2011). 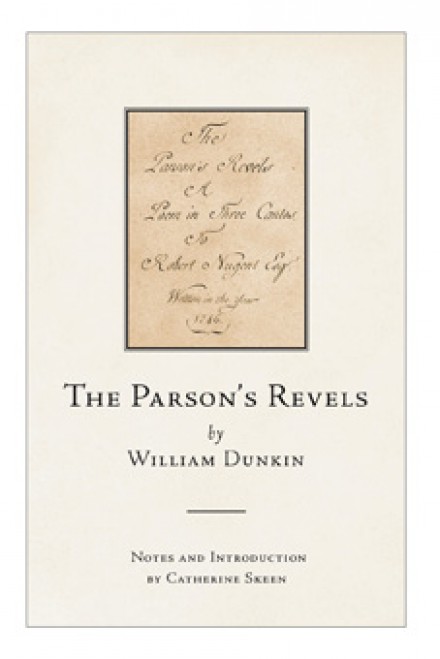