The memoirs of John M. Regan

Although much is written about the Irish revolution and Northern Ireland, we know very little about it from the perspective of Irish policemen. This unique memoir recounts the personal experiences of John Regan, an RIC officer from 1909 onwards and the highest ranking Catholic in the RUC until 1948. His often-humorous stories and anecdotes reveal much about the way the police and justice system in Ireland operated, including the carrying out of evictions, dealing with sectarian riots, and the protection of landlords and their agents. Regan also had an extraordinary ability to be present at major incidents, including the Larne gun-running, the Easter Rising, the battle of the Somme, the funeral of Thomas Ashe, the near-mutiny at the Listowel RIC barracks, and at various engagements with the IRA. Furthermore, his experiences as an officer in the RUC shed much-needed light on the internal workings of this force and its relationship with the Catholic population.

Joost Augusteijn lectures at Leiden University. He is author of From public defiance to guerrilla warfare: the experience of ordinary volunteers in the Irish War of Independence 1916–1921 (1996), and editor of several volumes, including The Irish revolution (London, 2002). 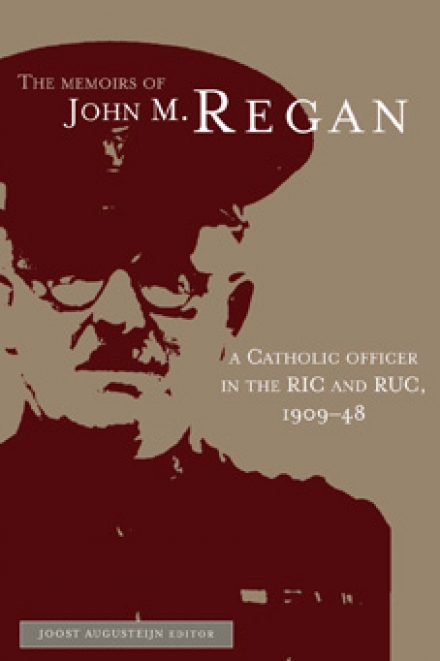