The Land Commission and the making of Ráth Cairn

In 1935 a Gaeltacht Colony was created in the townland of Ráth Cairn, Co. Meath, for twenty-seven Irish-speaking families. Fianna Fail had achieved an overall majority in the wake of the 1933 election and they turned to resolving the overcrowding and poverty in the west of Ireland. In the immediate post independent period the newly formed Irish state was anxious to establish an identity separate from the previous colonial power and language was one way to do it. Within the context of the wider land reform policies they perceived that migration was the most effective approach and that political credibility would be achieved if they were to alleviate congestion in the western counties and spread the Irish language. In 1934 the party announced they would create a Gaeltacht Colony in the townland of Ráth Cairn. This was ground-breaking social engineering and against some opposition, fertile grasslands in the midlands were acquired and the land divided into small farms which would become the first Gaeltacht colony. Despite the expense and attention to detail the project, as this study will show, was fundamentally flawed.

Suzanne Pegley is the co-author of two local histories, Aspects of Leixlip (2001) and Aspects of Lucan (2009) and is presently undertaking her PhD in Geography at NUI Mayoooth. 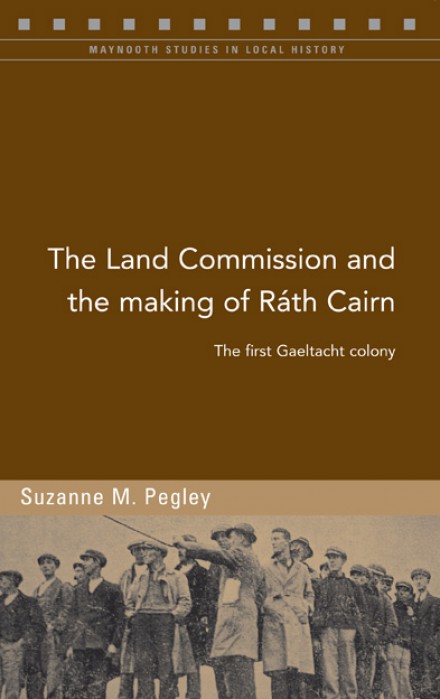