This book is a comprehensive study of the evolution and achievements of the county surveyor system in Ireland. The introduction in 1834 of these officials – county engineers in modern terminology – to local government was a major innovation, bringing the infrastructural work of the grand juries under the supervision and direction of a corps of professional engineers; and the appointments themselves were the first at local or central level in the United Kingdom which were made on the basis of competitive examinations. In the years that followed, the new county surveyors and their successors went on to play a major role in the construction of roads, bridges and public buildings, many of which are still in use today.

Preliminary essays describe how appointments were made over the period 1834–1944 and how the work of the surveyors contributed to building up local infrastructure. The biographical dictionary which follows outlines in some detail the careers and achievements of the 200 surveyors who served in the thirty-two counties during the period.

Brendan O Donoghue was formerly Secretary of the Department of the Environment and Director of the National Library and Chief Herald of Ireland. He is the author of In search of fame and fortune: the Leahy family of engineers, 1780–1888 (2006). 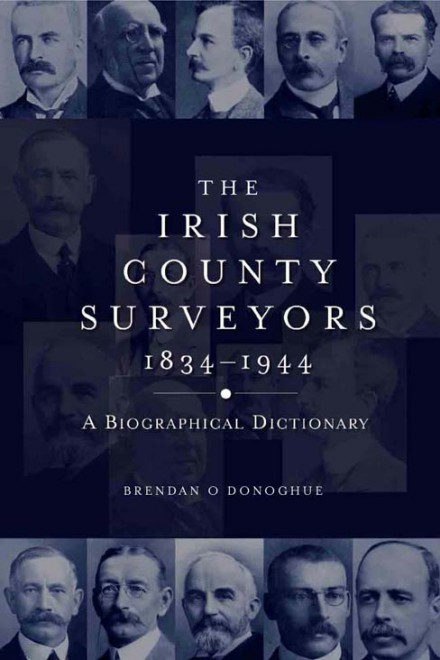