The history and development of the Special Criminal Court, 1922–2005

The Special Criminal Court consists of three judges sitting without a jury and hears cases when the ordinary courts are ‘inadequate’. Generally this has involved terrorist offences, but recently it has been used against organized crime gangs – most notably those cases arising from the murder of Veronica Guerin.

The author draws heavily on government archives and examines the justifiability of interfering with the right to trial by jury. Controversially, the author contends that the importance of the right to trial by jury has been grossly overstated, arguing that the key issue is not the presence or otherwise of a jury but rather the ability of any given trial process to deliver a fair trial.

This book is the first comprehensive review of the history and development of the Special Criminal Court since Professor and former President Robinson’s 1974 monograph.

Fergal Davis, BCL MA, PhD, is a lecturer in law at the University of Sheffield. He was awarded a scholarship from the British Council in 1998 and Irish Research Council for the Humanities & Social Sciences in 2000. 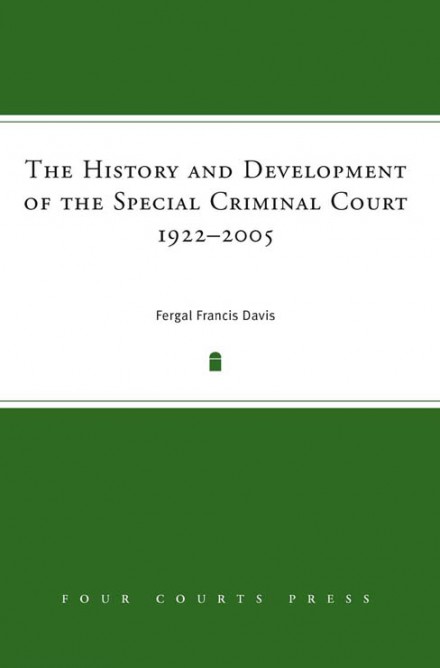