Essays on the creative imagination

‘The book takes a very broad definition of creation. Perhaps most interesting is the essay from Susan McKenna-Lawlor, an eminent scientist, on the creation of the universe, planets and so on complete with scientific diagrams … This is a wide-ranging and thought-provoking book that addresses questions which everyone involved with the arts, practitioner or audience, must have asked themselves', Books Ireland (Summer 2009).

‘The distinguished contributors to the third series of Seamus Heaney Lectures at St Patrick’s College, Drumcondra, were asked what role imagination plays in creative processes, artistic and otherwise, and what role creativity plays in our daily engagement with the world … Susan MP McKenna-Lawlor’s stunning precis of western scientific concepts of the universe, Voyages at the Edge of Forever ... is a brilliant telescoping of major cosmological explanations of the origin, evolution, and prospect of the universe. This humbling essay is worth the price of admission’, Irish Times (July 2009).

‘This unusual book of essays on the creative imagination ranges widely across a somewhat eclectic subject matter and a variety of disciplines, not all of which fall under the categories of literature, art and music, as one might expect, but also include the role of imagination in the sciences, with a brilliant distillation of the history of astronomy and cosmology by Susan M.P. McKenna-Lawlor … the book begins with a valuable examination by Seamus Heaney of the connection between imagination and creativity in the poetry of Patrick Kavanagh. Entitled, “In a Mucker Fog: Patrick Kavanagh’s Calling”, the lecture was originally composed and delivered in 2004, Kavanagh’s centenary year … Heaney’s essay ends with the full text of this short poem, one which, in Heaney’s words, is “utterly simple, utterly artful, utterly risky and utterly assured, one where he [Kavanagh] manages to be entirely his poetic self and at the same time entirely a voice for others. To be at once creative and responsible. Old fashioned and far out.', Books Ireland (September 2009).

‘This book is a compilation of eleven essays on the creative imagination … in her introduction, editor Mary Shine Thompson identifies two questions that the book seeks to address: What role does the imagination play in creative processes, artistic and otherwise? And, what role does creativity play in the ways human beings engage with their world? … The book is full of material about how the creative imagination works, what helps it to develop, what stimulates the kind of making we call creative … this is an important collection of essays. It presents the traditional understanding of the creative imagination in a clear and coherent way. As importantly, some essays identify sites of resistance and are challenged to suggest a more contemporary reading of what the creative imagination is and how it might be incorporated into a more holistic educational system, and by inference, make us better people’, Isabelle Cartwright, Yearbook of the Irish Philosophical Society (2009). 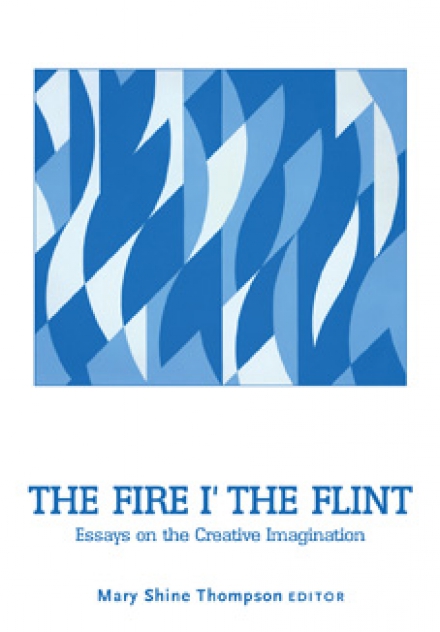