The Congested Districts Board has been largely misinterpreted and in many respects ignored by revisionist and social historians; this book aims at highlighting its part in alleviating rural poverty in specified districts of the western counties. The study relies heavily on board records, especially the baseline reports, compiled in 1892. By tracing the Board's policies relating to agriculture, fisheries and domestic industry, this book shows that it succeeded in its initial stated aims and that life altered dramatically during its existence. While the issues of rural poverty, the gender division of labour, migration and emigration receive due consideration, the board's relative success is particularly highlighted following the foundation of Saorstát Éireann when congested districts or Gaeltacht areas did not receive priority.

Ciara Breathnach lectures at the University of Limerick. 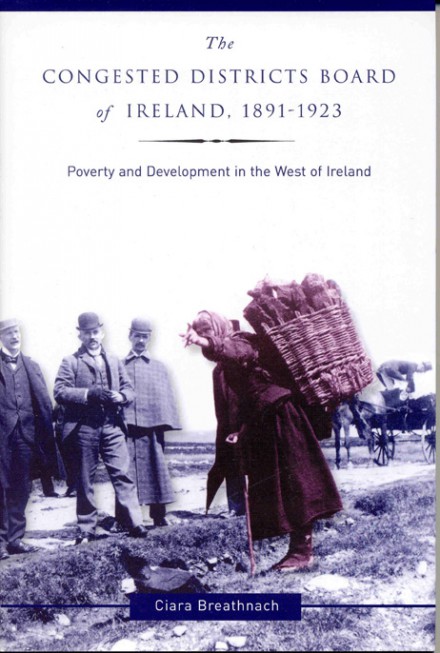