The Annals of Ireland by Friar John Clyn

The Franciscan Friar John Clyn of Kilkenny, famous for his account of the Black Death, wrote his annals between 1333-1349. The annals cover a troubled period of Irish history and are principally local to counties Tipperary and Kilkenny. While Clyn is critical of the Irish of those regions, who were bent on taking back control of as much of the area as possible, Clyn was also critical of the troublesome members of the Anglo-Irish nation who ignored the public good in pressing forward for their own personal aims and objectives. Clyn decried both nations as being troublesome and disruptive of good order. Clyn was also well aware of many events in England and even Europe; it is more that probable that he attended the General Chapter at Marseilles in 1343. Clyn was from a military and chivalric background; his annals reflect this background and are unique for the information they contain about creation of knights in Ireland.

Bernadette Williams holds a PhD from Trinity College Dublin where she lectured in medieval Latin and the history of Women in the Middle Ages. Her publications include articles on medieval women and medieval chronicles. 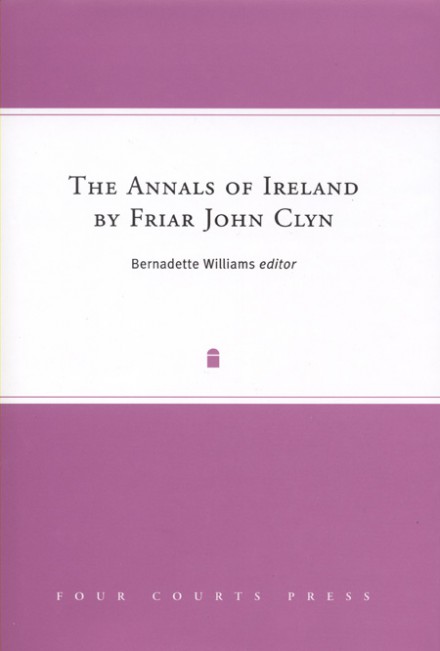