'The almost untouched text of this too-little-known English work is provided here in full, with annotations – mostly simple and helpful glosses – and an introduction that sets the context. The earthy liveliness of Teate’s language seems to hark back in some measure to the tradition of miracle plays and such, and Lynch discovers how the poem is also as much a commentary on the politics of his youth in Ireland as it is a devotional reader', Books Ireland (March 2007).

'The text of Ter Tria itself is a delight to read. The poet’s enthusiasm for wordplay and his exuberant use of both learned and colloquial language show he was an optimist, despite the real and repeated hardships in his personal and professional life ... Overall this is a very readable and useful edition', Grainne McLaughlin, Renaissance Quarterly (March 2008). 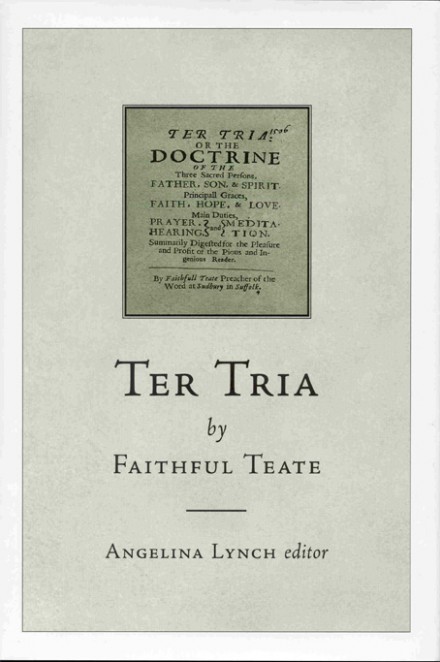