Statute rolls of the Irish parliament

This is the fifth and final volume in the series of early statutes begun by the Public Record Office of Ireland in 1907. It contains the text, with English translation, of the statute rolls of the parliaments held in Ireland in 1484, 1485 and 1493, and the complete English text of the statute roll of Henry VIII’s Reformation Parliament of 1536-7, the only such roll to survive the Four Courts fire in 1922. Several unpublished acts of the reign of Edward IV (1461-83) are also included.

The earlier acts show the changes in the Irish political establishment from the supremacy of the earl of Kildare under the Yorkist kings to the Tudor reaction under Henry VII. The enactments of the Reformation Parliament include Henry VIII’s assumption of the supreme headship of the church in Ireland and the consequent setting up of new administrative procedures, the beginning of the process of dissolving the monasteries, and provisions for the succession to the throne on the king’s death.

This edition will be of use to those working in the fields of medieval and early modern Irish history and to constitutional, ecclesiastical and legal historians.

Philomena Connolly, who died in 2002, is the author of Medieval record sources (2002). She was a senior archivist with the National Archives, Dublin. 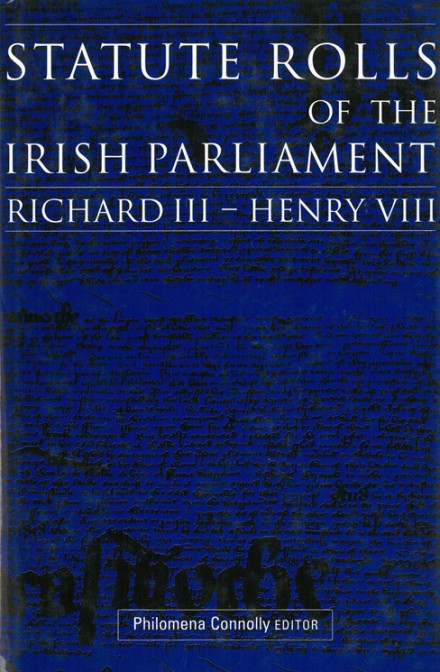