Scotland and the Ulster plantations

Explorations in the British settlements of Stuart Ireland

‘The papers produced here offer an excellent broadening of perspective beyond the usual historiographical tale of English monarchical centralization and Gaelic collapse … If we are to understand the Ulster Plantation outside the limiting binaries of contests between (imagined) English civility and Gaelic barbarity, then this is precisely the sort of specialist research needed … this is a powerful group of essays and worth wrestling through if one wishes to understand something of the complexity of the origins, lived reality, and consequences of that largest and most (in)famous of “British” forced settlements in Ireland: the Ulster Plantation', Brendan Kane, Journal of British Studies (July 2011).

‘A specialist collection that requires knowledge of both 17th-century Irish history and, particularly, of the nature of the British Civil War(s) as played out in Ireland, to be fully appreciated. But, for the informed reader, the essays are thoughtful, detailed and highlight Ulster’s complex and colourful history during this period … these essays work nicely together, offering insightful and complementary perspectives form different groups of contemporaries, and highlighting that Ulster’s history very much depends on where it is being viewed from … overall, this collection offers an important contribution to the history of the Ulster plantations and their longer-term consequences for Ireland', Katie Barclay, History Scotland (Jan/Feb 2010).

‘An interesting collection of articles that brings us a three-dimensional history of the Scots in Ulster before and after the seventeenth-century plantations. It shows us that the plantations did not create a monolithic British community but one where the divisions between Scots and English continued with troublesome consequences for the British state', Tony Canavan, Books Ireland (April 2010).

‘The essays in this volume are, in the main, of the highest quality, with four of the leading scholars of early modern Ireland — Ciaran Brady, Raymond Gillespie, Robert Armstrong and Michael Perceval-Maxwell — giving their usual polished performances … this volume is of great interest to the specialist and the student seeking both broad discussion and detailed case-studies, and it is an important contribution to the debate on the “New British History”', Patrick Little, English Historical Review (April 2010).

‘The contributions in this volume offer some startlingly fresh and innovative insights into the Ulster Plantations during the early modern period and reflect recent and current developments in the field … the volume’s major contribution lies in its questioning of major labels, stereotypes, and perceptions which historians have traditionally used to describe the plantations and inhabitants of Ulster during the early modern period. Therefore, the volume goes far beyond the issue of Scots and Scottishness in Ulster and explores the complexity of relationships between Ulster and Dublin, Edinburgh, and London, between the Irish, Scots and English in Ulster … this is a very perceptive and enlightening collection of essays which significantly contribute to our understanding of the complex identities and exchanges which took place amongst and between the people of Ulster and three Stuart kingdoms', Kirsteen MacKenzie, International Review of Scottish Studies (2010).

‘A mix of stimulating though challenging chapters ranging from Raymond Gillespie’s survey, “Scotland and Ireland: A Presbyterian Perspective, 1603–1700”, to the very detailed studies of developments over a couple of years … [the essays] are united in their focus on the Scots who settled in Ulster … they present the fruits of a considerable volume of original research, much of it extending the bounds of Irish history beyond the prevailing paradigm for the early modern period … the essays in this volume are substantial and significant. They make important contributions to our understanding of early modern Ireland and Scotland', Henry Jefferies, H-Net (May 2011). 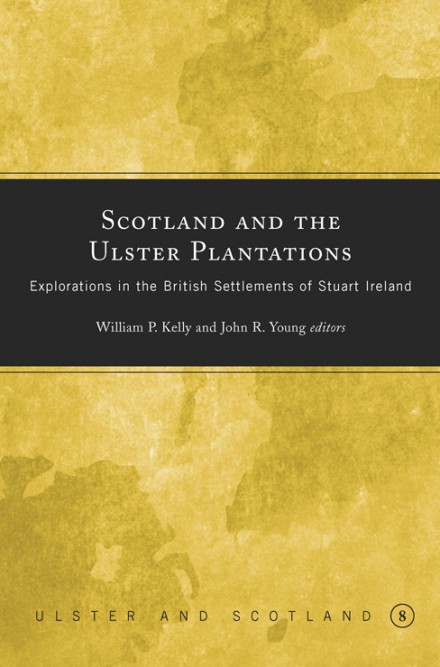