Science and technology in nineteenth-century Ireland

‘This book is a valuable addition to the literature on science and technology in Victorian Ireland … Altogether these papers successfully expand the literature on the history of science in Ireland and sow the seeds of future research projects’, Brian Walker, Victorian Studies (2016).

‘A diverse study into how organisations and the public of this period tried to make sense of a world of knowledge that was transforming radically around them and how this integrated, sometimes uncomfortably, into their strict Victorian social order … Thomas Duddy’s essay gives a fascinating account of the multiple viewpoints held in Ireland towards Darwinism … These essays give a wonderful insight into the discussions and ethical trauma some went through to connect their religious and scientific beliefs at the time … These essays are highly interesting as they show international reaction to Irish scientific contributions as opposed to Irish response to external scientific development … Science and technology in nineteenth-century Ireland provides an engaging cross-section of many aspects of the country and its people during this time. The recurrent themes that transcend much of the subject matter reinforce not only the radical changes science and technology brought to Irish society but also the deep connection that Ireland had to these subjects', Finnian Ó Cionnaith, Irish Economic and Social History (2013).

‘The thirteen contributors to this book look at different aspects of science and technology in the nineteenth century under the headings of innovations, individuals and institutions. They show not only that science and technology were at the centre of development in Ireland but that Irish scientists and engineers often led the way internationally in these fields. As well as this they also discuss their place in the wider cultural and social milieu', Books Ireland (April 2011).

‘This study covers the relationships between science, technology, and culture in 19th century Ireland. Ireland’s quaint existence during the period, relatively untouched by the unrelenting forces of industrialization, presented a unique cultural approach to science and technology; one which integrated science into culture rather than destroyed culture through science. These essays focus on three central themes: innovations, individuals and institutions, providing new and unique insight into the historiography of science in Ireland', Reference and Research Book News (June 2011).

‘This is in the Four Courts academic history series, supporting, along with their recent History of Irish Farming, a welcome new branch into the history of science and technology.’ Roy Johnston, Books Ireland (September 2011). 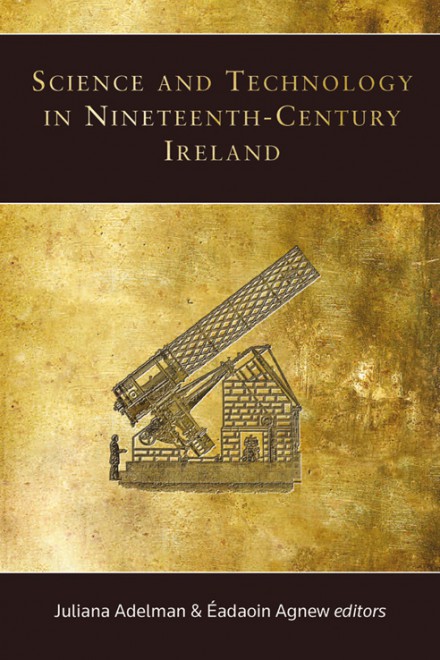