Samuel Ferguson and the culture of nineteenth-century Ireland

Samuel Ferguson (1810–86) was one of 19th-century Ireland's most influential writers, but his politics and cultural agenda have never been fully understood. This book draws on his neglected prose writings to illuminate his layered ideology, and to expose his various determining contexts, including his native Belfast and its Scottish Enlightenment hinterland, the Dublin University Magazine with its fraught literary-political protocol, the communities of the Ordnance Survey Commission, the Nation, and the Royal Irish Academy. Ferguson's guiding agenda is shown to be that of a civic idealism - a grassroots alternative to polarized political trajectories and a compelling ethos for a conflicted Irish Protestantism.

The result is both a portrait of an individual in his time and a detailed engagement with Irish cultural politics from the Union to the Revival.

Eve Patten is a graduate of Oxford University and lectures in English at Trinity College, Dublin. 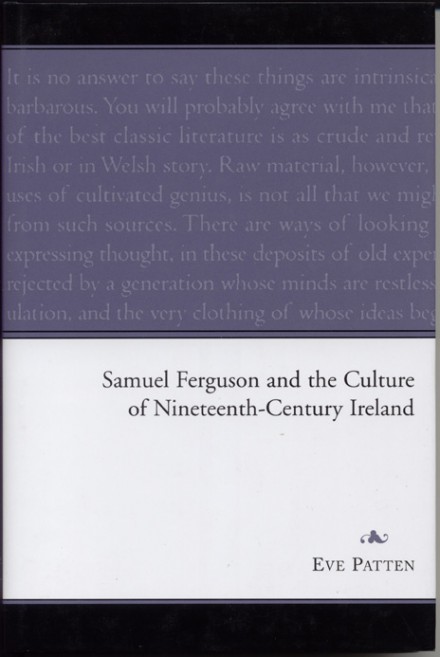