Sinn Féin and crown courts in Ireland and Britain, 1916–23

This book offers new insight, from original sources, into Sinn Féin’s most celebrated use of British courts – the challenges to death sentences imposed by martial law courts in 1921 – as well as lesser-known aspects of Sinn Féin’s legal strategy: the use of coroner’s inquests and claims for compensation; legal challenges in the English courts to the policy of court-martial and internment; and the co-ordinated defence of those captured in the course of the Republican military campaign in Britain in 1920–1.

David Foxton is a barrister and Queen’s Counsel, practising in commercial law in London. 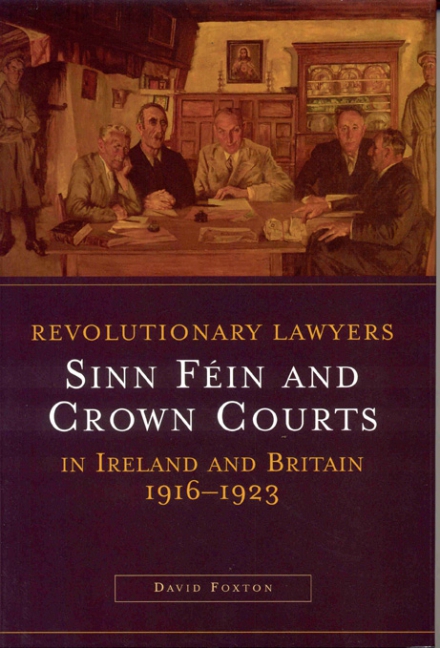