Patron of the arts

The image of Philip II (1527–98) as stern and assiduous defender of his political inheritance and of the Catholic faith is tempered and enriched by the image of patron and collector of art. During the forty-two years of his reign (1556–98) through widespread patronage and persistent guidance he transformed the arts in Spain, then largely provincial, into the international and modern. The building of the Escorial – known in its own time as the eighth wonder of the world – and other royal residences attracted artists and craftsmen to enter the royal service, among them Titian, Anthonis Mor, El Greco, Federico Zuccaro, Pompeo, Leoni and Alonso Sanchez Coello.

Part of Philip’s collection was to form the basis of the Prado Museum when it was founded in the nineteenth century. Although Philip is recognized as one of the most important art patrons of the Renaissance little has been published in English on his remarkable achievement. This book gives a sense of the variety of talent, both Spanish and foreign, that flourished under Philip II’s patronage and provides fascinating insights into the king’s artistic projects. The topics covered include: the function of the religious art, court portraiture, art and diplomacy and artists’ working methods.

The volume contains 16 colour plates and over 100 black and white illustrations.

Rosemarie Mulcahy, Honorary Senior Fellow in the Department of the History of Art, UCD (1997-2002) has been researching art during the reign of Phillip II for over 25 years. She has published in the Burlington Magazine, Apollo and Archivo Español de Arte and is the author of Spanish Paintings in the National Gallery of Ireland, The Decoration of the Royal Basilica of El Escorial and Navarrete ‘el Mudo’, pintor de Felipe II. She is an Honorary Associate of the Hispanic Society of America and an Honorary member of the Royal Hibernian Academy. In 2002 she was awarded the Cross of the Order of Isabel la Católica by King Juan Carlos in recognition of her contribution to the history of Spanish art. 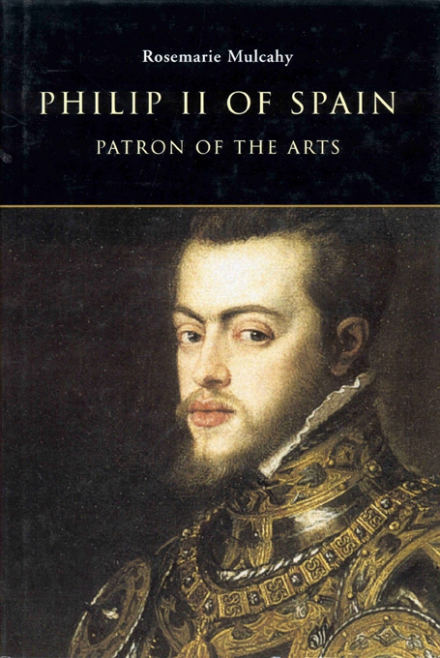