Mister, are you a priest?

Edward Daly was Bishop of Derry from 1974 to 1993. Before then he had been a curate in the Bogside during some of the most turbulent and dramatic years of the Northern Troubles. This is the fascinating account of those years before he became bishop.

He recalls his childhood in Belleek, Co. Fermanagh during World War II, his years as a reluctant boarder in St Columb's College in Derry, and his studies for the priesthood in the Irish College in Rome.

His first years of priesthood were spend in Castlederg, Co. Tyrone. In 1962 he was appointed as curate in St Eugene's Cathedral in Derry and the area of the parish allocated to him incorporated the Bogside. (On his first day there, a little boy greeted him with the question 'Hi, Mister, are you a Priest?' – thus the title of this book).

He was horrified by the conditions in which many people were forced to live. During his time in Derry, he took part in the Civil Rights Marches; he had first-hand experience of the Battle of the Bogside in 1969, the early years of the Troubles, internment, the events of Bloody Sunday and Operation Motorman in 1972. In this book, he describes those experiences as he saw them and the personal impact that those events had on him.

But there is much more here. Edward Daly was deeply involved in the theatrical and entertainment life of Derry in the Sixties. He was ordained a few years before the Second Vatican Council and he recalls the challenges and opportunities that the Council posed to his ministry and life as a priest.

After twelve years as curate in Derry, he went to work with RTE in Dublin as a Religious Adviser. During his time there, he was appointed as Bishop of Derry. 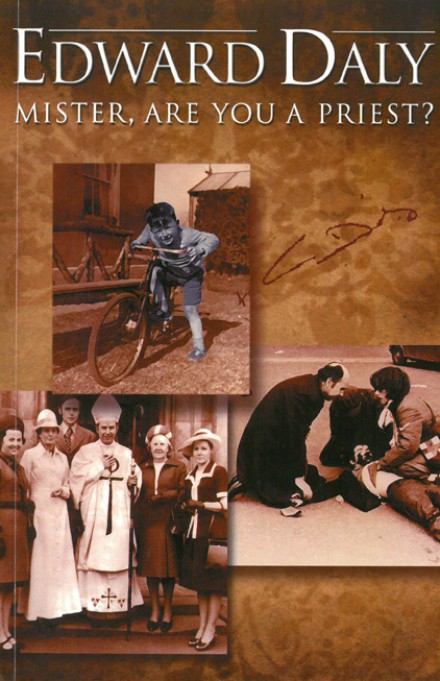