The highlight of this eleventh volume of proceedings of the annual Friends of Medieval Dublin Symposium is undoubtedly Linzi Simpson’s monumental update of her groundbreaking ‘Forty years a-digging’ study of archaeological digs in Dublin City (published in volume one of this series) to take in the ‘Celtic Tiger’ years. To this are added the results of the Early Medieval Archaeology Project (EMAP) on excavations in Co. Dublin from 1930 to 2005 – including a valuable appendix listing every major archaeological dig in the county. The volume also contains reports on individual excavations: Teresa Bolger discusses important evidence about the original topography of the ‘Pill’ at the confluence of the Liffey and Bradogue at Ormond Quay Upper; Maeve Sikora, Barra Ó Donnbháin and Niamh Daly have news of a recently discovered Viking warrior grave at the Islandbridge Memorial Park; while Colm Moriarty presents the results of his excavation of the late medieval vill of Portmarnock.

Historical highlights include Clare Downham’s re-evaluation of the origins of the earliest Viking in habitants of Dublin, Áine Foley’s important examination of the native Irish tenants on the royal manors in the Vale of Dublin, and a prosopographical study of Charles Smith of the Sargents, one of the most influential families in Anglo-Norman Dublin. Randolph Jones examines Dublin during Silken Thomas’ rebellion, and Michael O’Neill looks at Christ Church Cathedral and its environs. Patrick James Herbage considers Richard Stanihurst’s Irish Chronicle and the crown censors (1577), while Dermot McGuinne outlines the early history of printing in Dublin.

Seán Duffy is a fellow of Trinity College Dublin and chairman of the Friends of Medieval Dublin. 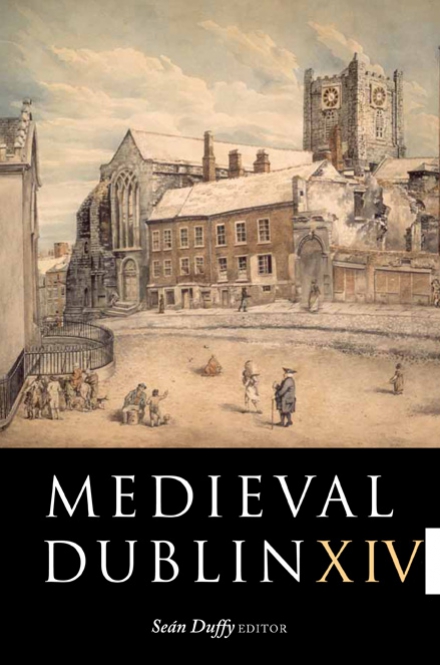