‘Duffy is justly proud of the quality of this tenth annual volume … [alongside archaeology], Irish literature is also represented in a study of how medieval Leinster saw Dublin', Reference & Research Book News (February 2011).

‘The volumes [in this series] are affordably priced and thus accessible to a wide audience … the Friends of Medieval Dublin have been very influential in shaping the public’s awareness about Dublin in the Middle Ages … part of the series’ strength rests on the wonderfully rich variety of topics dealt with, from Dublin’s intercultural contact to its festive culture, and from locally made pottery to an eighteenth-century map as a source for the medieval city. Not only doe the series display a great range of subjects, it also features work by authors with a wide array of backgrounds … [the series is of] a high standard. The series strikes a fine balance between history and archaeology … The Duffy editions offer to the wider public information on medieval Dublin previously not accessible to the non-specialist. The fact that they have given a platform, not only to historians but to archaeologists whose work often is presented and available to only a very small audience, is one of its many virtues', Freya Verstraten Veach, Celtica (2013).

'The Medieval Dublin collection, edited by Seán Duffy, fills an important gap in medieval scholarship, joining works on localized subjects like the excellent Medieval Lough Cé, edited by Thomas Finan, that redress the inattention given to Ireland over the years … The twelve articles are clear, concise and detailed, providing visual support for the analyses and conclusions in maps, diagrams, tables, charts and photos … This collection furthers research, illuminates new findings, challenges old assumptions and asks probing questions about the nature of society in medieval Ireland … Medieval Dublin X, dedicated to the memory of archaeologist Simon Dick, places a particular emphasis on the archaeology of Viking-Age sites … an important and informative volume', Larissa Tracy, Óenach: FMRSI reviews (2011). 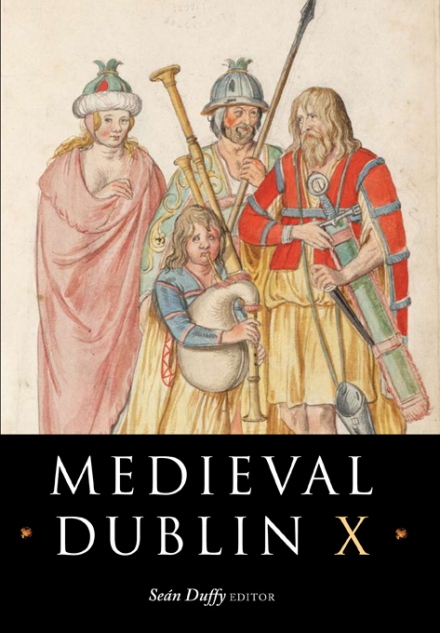