This 7th volume of proceedings of the annual Friends of Medieval Dublin symposium contains, in the archaeological arena, John Ó Néill's assessment of the significance for Viking-Age rural settlement in the Dublin region of his excavations at Cherrywood, and, among other landmark studies, a report by Abi Cryerhall on her excavations of the medieval 'Hangman's Lane' (subsequently the site of Hammond Lane iron foundry). Roger Stalley studies the 'country retreat' of Dublin's archbishops at Swords Castle in the later Middle Ages, while Linzi Simpson's innovatory use of John Rocque's 1756 map enables her to retrace precise property boundaries in the medieval city. The very timbers that survive in the roofs of Dublin's two Anglo-Norman cathedrals are subjected to detailed analysis, Máire Geaney surveying those in the nave and south transept of Christ Church, while Charles Lyons presents remarkable new evidence that the roof-timbers of St Patrick's cathedral survive virtually intact from its medieval heyday. Historical essays range from Viking-Age Dublin and David Dumville's exploration of its wider international relations, to Tudor Dublin, and Brendan Scott's study of the opposition of its monastic houses to Henry VIII's plans for their dissolution.

Seán Duffy, FTCD, is Chairman of the Friends of Medieval Dublin and senior lecturer in medieval history at Trinity College Dublin. 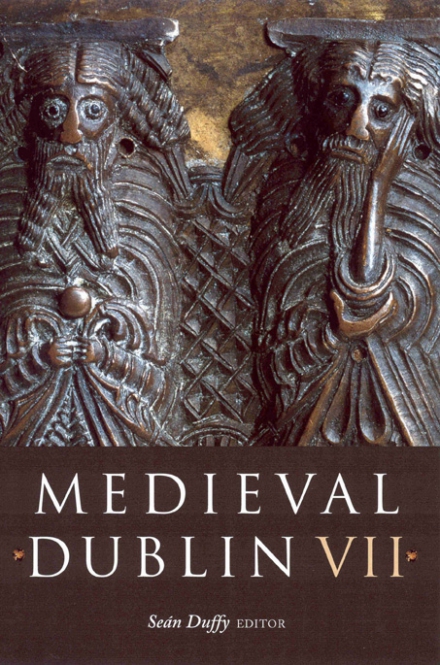