While picture-going or cinema is generally regarded as a twentieth-century activity, this book demonstrates that prior to the opening of Ireland’s first cinemas at the end of the first decade of the twentieth century, there were already huge numbers of people in Ireland, from all classes, regularly enjoying proto-cinematic experiences through such entertainments as magic lantern, or slide projector shows; exhibitions of immersive large-scale, and, at times, moving paintings known as panoramas; and tableaux vivants, or theatrically posed static representations of paintings, statues and events. Without these cultural forms, many developed by Irish inventors and pioneers, not only would cinema’s moving-pictures have been unimaginable, but so, too, would the physical spaces and locations in which films came to be screened in Ireland.

Opening up a previously unexplored area in the Irish context, this book, together with its companion, Film exhibition and distribution in Ireland, 1909–2010, provides not only the first in-depth account of picture-going in Ireland, but also a fresh context for understanding the development of popular visual culture, including cinema, in the country.

Kevin Rockett is a professor of film studies in the School of Drama, Film and Music, Trinity College Dublin. He is author, co-author or editor of thirteen books, including co-author of the first academic study of Irish film history and representations of the Irish in British and American cinemas, Cinema and Ireland (1987), and author of the award-winning Irish film censorship: a cultural journey from silent cinema to internet pornography (2004). He is also the director of Irish Film & Television Research Online (www.tcd.ie/Irishfilm) and in 2001 received the Irish Film Institute award for Contribution to Irish Film. Emer Williams Rockett has lectured on and written about various aspects of visual culture. She co-wrote Neil Jordan: exploring boundaries (2003) with husband Kevin Rockett with whom she has worked on other projects, including Irish film censorship. 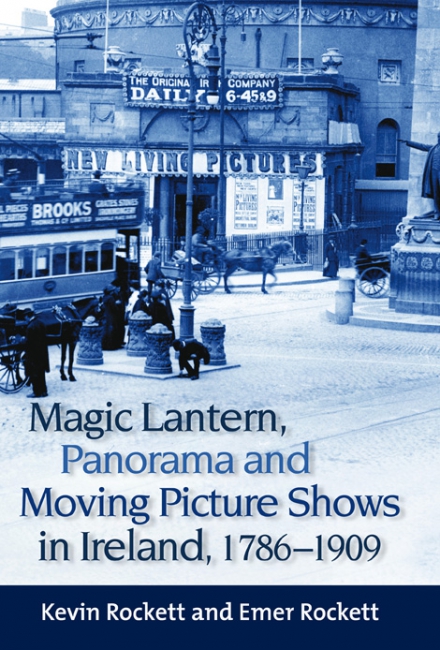