The life of John Buncle, Esq.

Thomas Amory’s The Life of John Buncle, Esq (1756) is an appealingly eccentric fiction, in which Buncle, a student in Trinity College Dublin, embarks on a series of striking adventures and remarkable encounters in Ireland and the north of England. Science and Christian apologetics, accounts of utopian communities and of eminent men of learning, staunch defences of female intelligence and chivalrous courtships, didactic tales and awe-struck descriptions of sublime landscapes: all jostle for attention throughout the novel. And while the novel presents us with much that is earnest and serious, it is also full of comic elements, such as Buncle’s pole-vaulting down mountains or his vain attempts to make love to a beautiful young woman while she is intent on discussing the finer points of theology. Published three years before the appearance of Laurence Sterne’s more famous Life and Opinions of Tristram Shandy (1759–67), Amory’s novel presents us with a work of comparable complexity, both colloquial and bookish, learned and facetious. It is, as Leigh Hunt described it, ‘a book unlike any other in the language, perhaps in the world’. 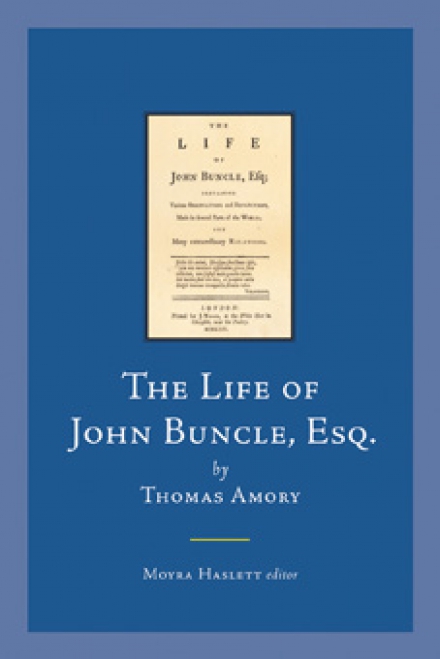