Joe Holmes: here I am amongst you

Songs, music and traditions of an Ulsterman

'I love the Joe Holmes book. What a great achievement', Paul Muldoon.

'One of the book's many splendours is its range of scholarly reference which Len delivers with fireside ease. Joe Holmes remains the focal point as we follow the transmission through time and space of songs that touch on the human experiences we all share', Michael Longley.

Here I am amongst you is an account of the folklore and repertoire of one of the most influential singers and traditional fiddlers in Ireland – Joe Holmes (1906–78) of County Antrim. It journeys into the heart of a diverse traditional life in Ulster giving a detailed and comprehensive account of the world of a singer musician in the 20th century: one which knew little religious or community boundaries – with house dances and song sessions, mumming customs at Christmas, shinny playing, haymaking in summer, whilst journeying to other parts of Ireland to share music with great musicians such as Sarah and Rita Keane of Galway, John Doherty of Donegal and Denis Murphy of Slieve Luachra in Kerry. It publishes some eighty songs of love, politics, early classic ballads, songs of emigration and of local interest, together with transcriptions of over fifty dance tunes ranging from mazurkas, polkas, schottisches, quadrilles, lancers, hornpipes to jigs and reels, reflecting the varied influences and traditions of Ireland and Scotland.

Len Graham, a professional musician, is a native of County Antrim who has been living for many years in An Mullach Bán, south Armagh. He is a renowned traditional singer with a rich recording history spanning over thirty years with over twenty highly acclaimed albums. Visit his website for more information on Len and his music: http://www.storyandsong.com/index.htm 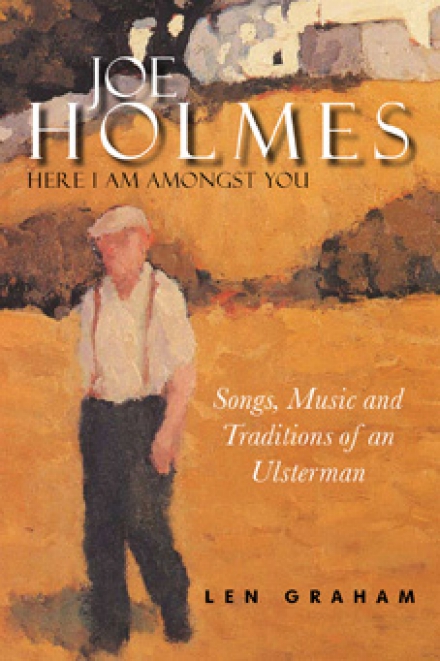