Irish influence at the court of Spain in the seventeenth century

‘Igor Pérez Tostado has provided a brilliant analysis and clarification of the complex relationships among the players within the ever-shifting sands of political changes and strategic alliances in this critical period of Irish, British and European history. He has enriched it further by contextualising the Wars of the Three Kingdoms within the wider European convulsions of the Thirty Years War. This is a major authoritative work that is essential reading for those interested in the high politics and diplomacy of seventeenth-century Irish, British and European history', Declan M. Downey, Irish Economic and Social History (2011).

'A work of considerable value to historians of early-modern Ireland and provides a significant contribution to scholarship on the troublesome years of the 1640s … Pérez’s work provides a fascinating insight into the origins and mechanics of the Confederate diplomatic network and exposes the limits of the supposed “special relationship” between Ireland and Spain', Eamon Darcy, European History Quarterly (2011).

‘Igor Pérez Tostado’s monograph is a welcome addition to the much-neglected area of Spanish political relations with Confederate and Cromwellian Ireland (1641–59). More particularly, it deals with the spectrum of Irish political lobbying at the Spanish Habsburg court, and both charts and accesses its relative success or failure in promoting the cause of Confederate Ireland … the author admirably illustrates the complex interaction between diplomatic activity at the different courts, and how this shaped Spanish policy toward the Confederation. At the same time, he does not lose sight of the dynamics between political events in the British Isles, the raising of Irish recruits, and the complexities of Spanish and French diplomatic activity in Ireland. … In compiling his ambitions monograph, the author has made use of state papers from the Archivo General de Simancas together with other state archives in Madrid, Rome, Paris, Brussels, Lisbon and London. He ahs also utilized the archives of the principal religious orders, notary archives, and private correspondence in building up this fascinating and composite picture of Hispano-Irish relations during the Confederate period … a welcome correction to the traditional anglocentric views of the War of the Three Kingdoms … this book will remain essential reading for scholars of Confederate Ireland and its relations with Spain and continental Europe', Ciaran O’Scea, H-Net (October 2011).

‘Tostado wonders how a small exile minority was able to exert so much influence on the most formidable political institution of the period. The influence was not so great that the Spanish crown provided political or military support for an Irish rising against occupation, he acknowledges, but great enough that the Irish Confederates hoped for such. He integrates the diplomatic relationship into the wider social, political, and cultural context of early modern Europe’, Book News (November 2008).

‘This book is a reminder of how important mainland Europe was to Ireland and how it was a destination for emigrants and exiles before the great famine turned our orientation towards America and elsewhere. Tostada points out that not only élites emigrated but that the sizable Irish community in Spain consisted also of priests, merchants, soldiers and whole families. Spain was the preferred choice not just because it was the most powerful country in Europe but also because it was the self-appointed protector of Catholicism against the forces of the Reformation … Tostado’s is a well written and thoroughly researched work that adds a lot to our understanding of this period of Irish history. Many Irish historians of the Confederate war are too narrowly focused on Ireland to appreciate the significance of events in Spain. Tostado has filled in this blank and added another dimension to the historiography of seventeenth century Ireland’, Tony Canavan, Books Ireland (March 2009). 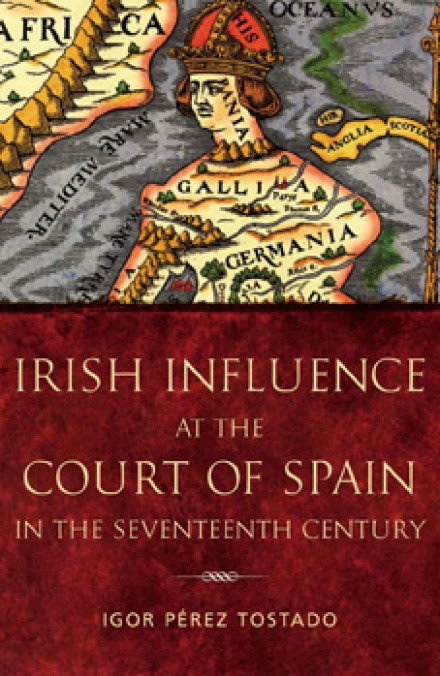