This definitive book studies the hedge schools and texts that were common in the country for over one hundred and thirty-six years. For most of that time, they worked underground due to the strictures of the Penal Laws. Impoverished parents valued this education so highly that they bartered flitches of bacon and miscawns of butter for it.

Being independent of church and state they incurred the wrath of both on occasions. The state regarded their reading books as objectionable. In fact their books were an eclectic mix of romantic chapbooks, as well as the best available literature of the eighteenth century, purchased by parents as cheap piracies of expensive English originals.

The beginning of the end for the masters came when their erstwhile allies, the Catholic hierarchy, concurred with the official view of them as incompetent, at a time when the church were seeking state aid for Catholic education. But the masters remained deep in the affections of the Irish people as they fulfilled a multiplicity of roles such as local scribe, historian, poet, defender of religion, Bible Society teacher, land surveyor, lawyer, parish clerk, revolutionary and political activist.

This book should be of interest to historians and educationalists alike, plus those interested in Irish society from the seventeenth century onwards.

Antonia McManus, who lectures in the education department at Trinity College, Dublin, has recently been appointed Academic Director of Hibernia College, Ireland's first on-line third level institution. The college is linked with the Massachusetts Institute of Technology (MIT) and is accredited in Ireland by the Higher Education Authority. 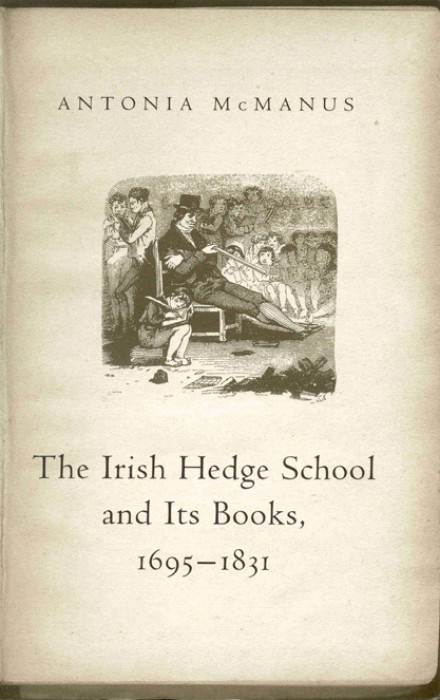