Ireland, Germany and the Nazis

'‘A thorough and well-researched discussion of diplomatic relations between Ireland and Germany during the interwar years’, American Historical Review.

The subject of Ireland's relations with continental European countries in the twentieth century is a grossly neglected one. Dr Mervyn O'Driscoll's Ireland, Germany and the Nazis now makes an outstanding contribution to filling one of the major gaps in our knowledge. Based on close scholarly scrutiny of sources in both countries, it marks a notable addition to Irish historical studies', Professor Joseph Lee.

The history of international relations focuses mostly on large states, with small ones depicted as passive recipients of their (often alarming) fate. Mervyn O'Driscoll's subtle analysis of Ireland's relations with Germany in the 1920s and 1930s shows how the newly independent Irish state sought to develop closer economic, cultural and diplomatic ties with Germany, while steering clear of the potentially dire consequences of this policy as Germany fell under Nazi rule. In so doing he convincingly illuminates that mixture of pragmatism and ideology, realism and self-deception that so often characterizes the foreign policy of nation states, large and small alike' Professor D. George Boyce.

'O’Driscoll’s book can be highly recommended as a solid guide to the key issues involved in Irish-German political relations during the period in question. The analysis of the sources is very thorough, their interpretation is highly perceptive and conclusions drawn are backed up by solid evidence’, Joachim Fischer, EHR. 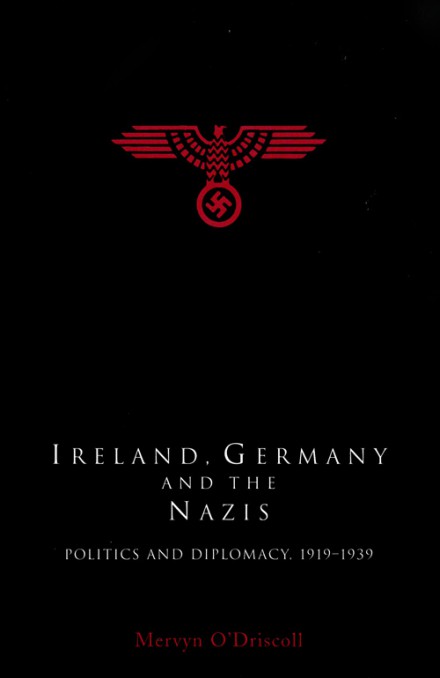