Between 1947 and 1957 Ireland received assistance in varying ways under the European Recovery Programme which was more commonly known as the Marshall Plan. The extent of Irish involvement in the Marshall Plan has never been fully explored and raises a number of important questions. Why did Ireland receive Marshall aid? What form did it come in? What did Ireland do with it? How was it spent? What impact, if any, did it have on the country? The story of Ireland's participation in the Marshall Plan transects the economic, social, political and diplomatic history of the period 1947 to 1957. It also cuts across the lives of four governments in Ireland and involves not just the bilateral relationship between Ireland and the United States, but also those with Britain and Europe. These dimensions form a multi-layered study which highlights the aspects of Irish life touched by the Marshall Plan.

Dr Bernadette Whelan is a lecturer in modern history in the Department of Government and Society, University of Limerick. She has written widely on the Marshall Plan and on Irish foreign policy in the twentieth century. 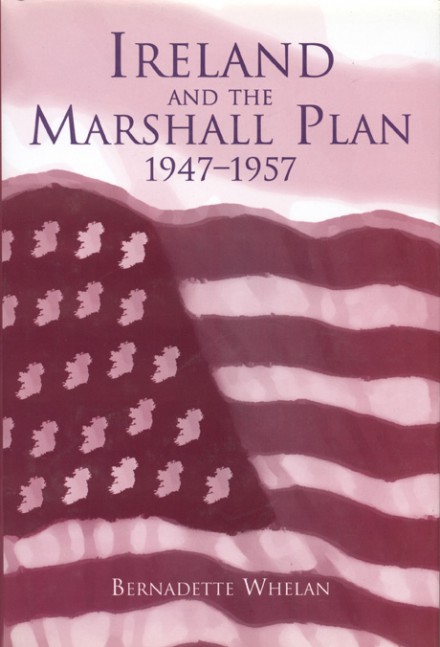