The idea of improvement featured consistently in schemes to transform Ireland into a prosperous, peaceful and English place. Two strands were especially strong: physical changes through different kinds of agriculture, new industries and even the substitution of skilled immigrants for the existing inhabitants; and changes in attitude, to be achieved through the spread of ideas from elsewhere, such as Protestantism. In a series of linked studies, these themes are explored from the mid-17th to the mid-18th centuries. Advocates of improvement, such as Sir William Petty and Richard Lawrence, and landowners who promoted the projects, like Petty, the Frenches in County Galway and the Smythes in Westmeath, are examined. Also discussed are collaborative undertakings that culminated in the work of the Dublin Society. These detailed studies suggest that the impact of the ventures was limited and the consequences sometimes unpredicted. Furthermore, signs of a reaction, with a growing appreciation of antiquity, the unimproved and the picturesque are traced. 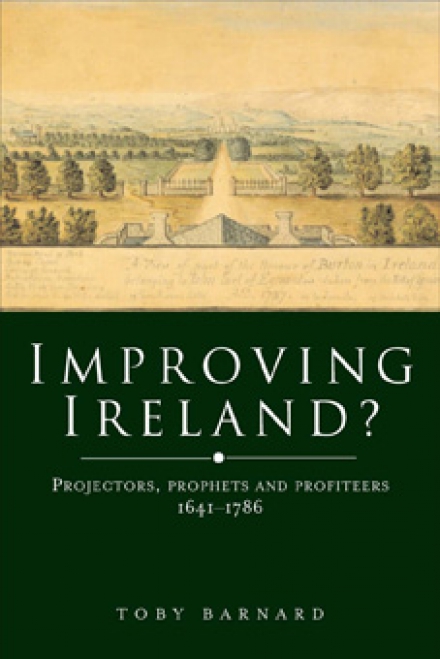