The establishment of English rule in Ireland in the late 12th century involved the introduction not only of foreign settlers, but also of administrative practices based on those of England. In the 13th century a chancery, an exchequer, and courts of law centred on Dublin developed which produced written records of their operations. The fact that the lord of Ireland was also the king of England, and that every English subject in Ireland had the right to appeal directly to the king, meant that Irish affairs were also well represented in the records produced by the English government at Westminster.

These two sets of records were created and kept independently by both administrations, but a series of disasters stretching from the 13th century to the 20th means that almost all of the Irish archive has been lost. Fortunately, the National Archives of the United Kingdom, based at Kew in London, continues to hold a wealth of material relating to Ireland in the medieval centuries. This book provides a guide to records which reflect many facets of this period in Irish history, including relations between natives and settlers, the church, life on the manor, trade and commerce, land-holding, Anglo-Irish relations, and the operation of the law. It should serve as the starting-point for future research into many aspects of the medieval Irish past.

Paul Dryburgh is research fellow at the National Archives of the United Kingdom, Kew. Brendan Smith is senior lecturer in history at the University of Bristol. 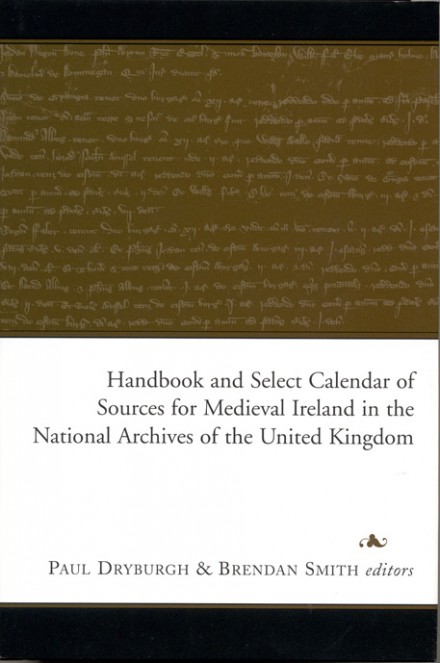