Film exhibition and distribution in Ireland, 1909–2010

The comprehensive nature of the study, which completes the narrative of Irish film exhibition partly told in its companion volume on picture-going in Ireland – Magic lantern, panorama and moving picture shows in Ireland, 1786–1909 (2011) – and in Irish film censorship: a cultural journey from silent cinema to internet pornography (2004), is apparent in each of the book’s three sections.

Part one provides the first extensive account of a whole Irish business sector, including the key personnel involved, and explores issues of cultural and social geography not least in relation to the development of cinema buildings and the siting of cinemas; part two, which examines alternative film exhibition practices, offers the first in depth histories of the competing cultural and moral agendas of the secular Irish Film Society and the Catholic-controlled National Film Institute of Ireland, as well as outlining the emergence of a dynamic film culture from the 1970s and including a history of film festivals; while part three presents an annotated all-Ireland listing of film exhibition venues from the first film screenings in Ireland in 1896.

Kevin Rockett is a professor of film studies in the School of Drama, Film and Music, Trinity College Dublin. He is author, co-author or editor of thirteen books, including co-author of the first academic study of Irish film history and representations of the Irish in British and American cinemas, Cinema and Ireland (1987), and author of the award-winning Irish film censorship: a cultural journey from silent cinema to internet pornography (2004). He is also the director of Irish Film & Television Research Online (www.tcd.ie/Irishfilm) and in 2001 received the Irish Film Institute award for Contribution to Irish Film. Emer Williams Rockett has lectured on and written about various aspects of visual culture. She co-wrote Neil Jordan: exploring boundaries (2003) with husband Kevin Rockett with whom she has worked on other projects, including Irish film censorship. 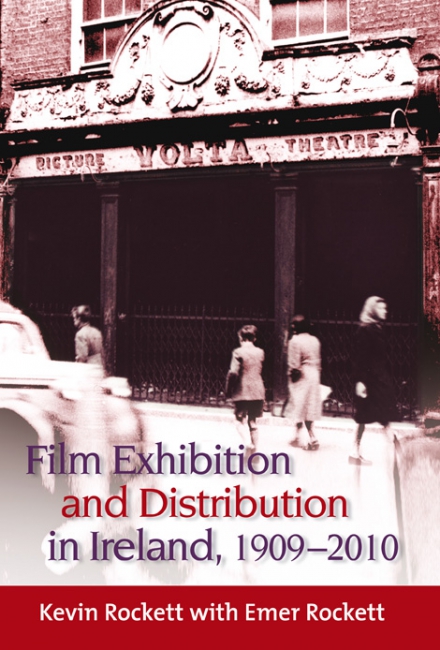