Working conditions in Irish industry prior to 1914 were frequently harsh and dangerous, particularly for women and children. The large textile, shipbuilding and engineering works in the North were typical products of the industrial revolution, but the smaller factories and workshops located in other parts of the island also exposed workers to unfair terms and conditions of employment. The Factory Acts sought to improve working conditions throughout the United Kingdom. In this book, the authors examine the development of this early health and safety legislation and its system of public inspection and assess its effectiveness in ameliorating the position of workers in factories and workshops throughout Ireland. Particular reference is made to the regulation of health, safety and the fair payment of wages to women and children working in the linen industry, the prevention of accidents to the men employed in shipbuilding and on the docks, and the inspection of working conditions in the industrial processing of agricultural products. The role played in Ireland by lady inspectors, some of the earliest 'women servants of the state', is examined, and case studies of attempts to enforce the Factory Acts in the magistrates' courts provide a fascinating insight into a hitherto neglected aspect of the administration of justice in 19th-century Ireland. In their closing chapter the authors trace the development of the law governing the right to compensation for death and injury at work. 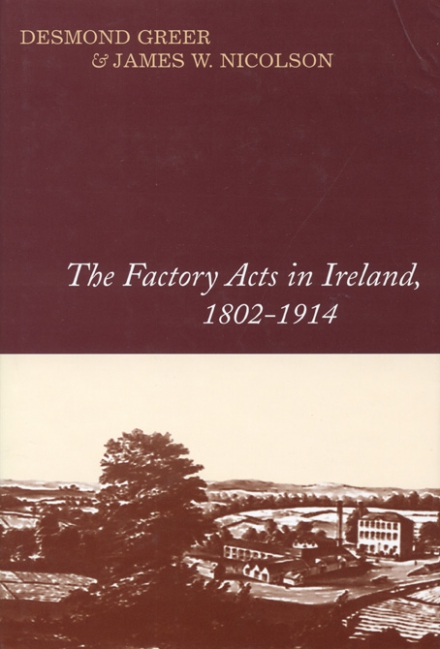