Early medieval Ireland was ruled by a large number of lords, kings and overkings. In a complicated network of affiliations the Irish kings and the dynasties to which they belonged played a never-ending game of prevail or perish. Most kings had to deal with jealous relatives, unruly sons, dissatisfied noblemen and ambitious overkings. On the sideline clerics and poets were keeping a critical eye on their rule.

On the basis of a wide range of written sources (laws, sagas, poetry, annals, genealogy, hagiography), Early Irish kingship and succession provides new insights about the place of lords and kings in early Irish society. It analyses the relationship with their subjects, by which means they ruled, and their strategies of survival in a competitive society. This is set in a context of the early Irish ideology of rulership which combined Celtic ideas about sacral kingship with Christian concepts about proper behaviour and heavenly punishment. A lord or king had to be qualified for his office. Considerations such as descent, seniority, dignity, wealth, supporters and physical and mental capacities were all taken into account when a new lord or king was chosen. This study re-evaluates the rule of succession, its origins and its expression in narrative literature, and examines the meaning of the kingship of Tara and the titles rígdamna and tánaise ríg. It sketches the background of the medieval Irish polity, with its expanding and fragmenting dynasties, and explains why none ever gained permanent rule over the whole island.

Bart Jaski holds a PhD in Medieval History from Trinity College Dublin. Since 2007 he is the keeper of manuscripts of the University Library of Utrecht. Before that he lectured at the Celtic Dept. in Utrecht, mainly on Celtic civilization and early medieval Irish history, law and literature. 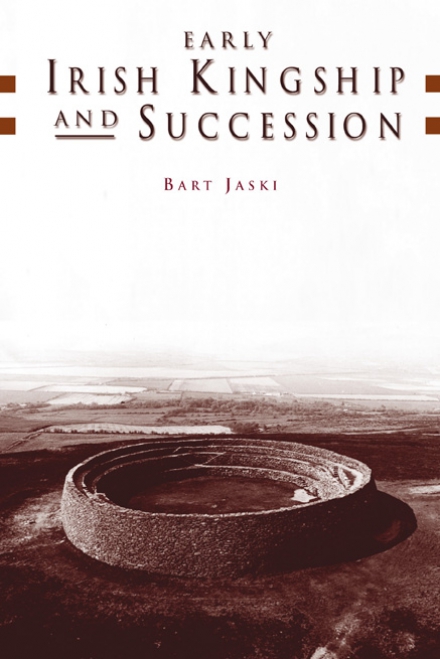