Dublin in the medieval world

Studies in honour of Howard B. Clarke

This volume celebrates medieval Dublin. Among the many subjects and topics covered are the intellectual climate of Dublin in the 1970s, the exciting theme of cross cultural processes between the Scandinavian settlers and the native Irish, focusing on language, settlement structure, maritime warfare, politics, childhood and family. Another part of the book, extending over the high-medieval period, deals with spiritual and secular aspects of medieval Dublin providing new research on Christ Church Cathedral, St Mary’s Abbey, the hermits of St Augustine, intra-mural churches, Dublin castle, its medieval harbours, medieval land-use in the hinterland of Dublin, the meaning of a lost stone cross and late-medieval relics of Holy Trinity Church, as well as two textual editions consisting of the earliest recension of the Dublin Chronicle and the accounts of the Holy Trinity Guild. The final section includes representations of Viking and medieval Dublin in texts, maps and finally ‘Dublinia’, the medieval Dublin heritage centre. This book is very entertaining in parts as well as informative. It takes the reader effortlessly to the most recent frontiers of research. The book includes c.75 black and white illustrations and 10 in colour as well as a comprehensive bibliography. 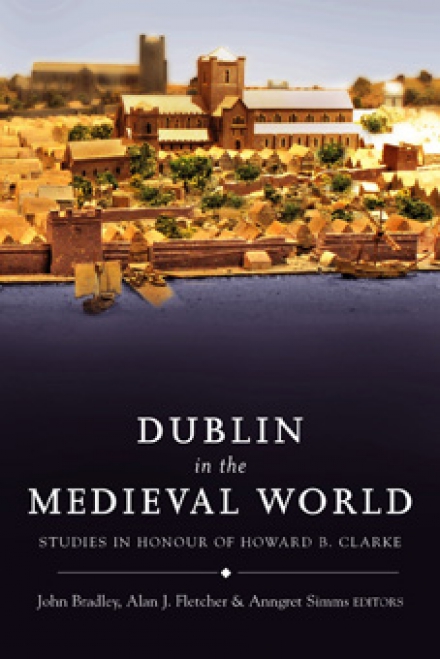