'Angelina Lynch has edited the first sonnet sequence by an Irishman: Richard Nugent’s Cynthia, first published in London in 1604 and largely overlooked by modern scholars. This accomplished sonnet sequence – divided into three parts, combining Petrarchan and counter-Petrarchan conventions, and concluding with a sonnet in Italian about the premature death of the repining poet-lover – can now be read with annotations that gloss its language and poetic allusions, help to place its poems in the context of other Renaissance sonnet sequences, and explain some of its topical references. Lynch has prepared a judicious original-spelling edition based on one of the two extant copies of Cynthia … This welcome new edition makes available an important work of literature from early modern Ireland, while its substantial introduction places it in literary, cultural, and political context. The edition consequently contributes to two important areas: the history of the early modern sonnet and the literary culture of Ireland', David Loewenstein, Studies in English Literature (Winter 2011).

‘With its aim to provide definitive modern editions of important and underrated Irish texts, Richard Nugent's Cynthia (1604), the first sonnet sequence written by an Irishman, and the highly entertaining The Parson's Revels (1746) by the neglected poet William Dunkin, are the latest titles to be published in the landmark Literature of Early Modern Ireland series by Four Courts Press … the new editions of The Parson’s Revels and Cynthia offer the full texts to a modern audience for the first time … Only good modern editions of the key texts with scholarly introductions that reflect the best of current thinking can truly increase our understanding of the literary culture of early modern Ireland and permanently transform the canon: the new editions of Cynthia and The Parson's Revels do just this … Cynthia is a poignant late Tudor sonnet sequence that records the speaker's hopeless love for an unyielding mistress, while The Parson's Revels is a humorous mid-eighteenth-century poem about a raucous party. Both, however, are rich and sophisticated texts, and a pleasure to read and study. The scholarly introductions show the poems off to great effect, beautifully highlighting their interesting and unique features, and intelligently locating them within their cultural, historical, and political contexts … Anne Fogarty's meticulously researched and highly nuanced introduction to Cynthia elegantly showcases the contextual richness and interpretive complexity of Nugent's sonnet sequence … key strength of her introduction is that she grapples with the important issues and raises key questions without claiming to provide the definitive answers … The two books are attractively presented and easy to use, with textual and historical notes conveniently located at the bottom of the page. The annotations are unobtrusive and concise yet comprehensive and informative … Overall, the two books are the products of cutting-edge scholarship on these remarkable texts and their literary and historical contexts, and they also clearly signpost pathways for future research endeavours. These latest additions to The Literature of Early Modern Ireland series testify its important function in making significant and unjustly neglected texts like these accessible to a wider audience', Irish University Review (Summer 2011). 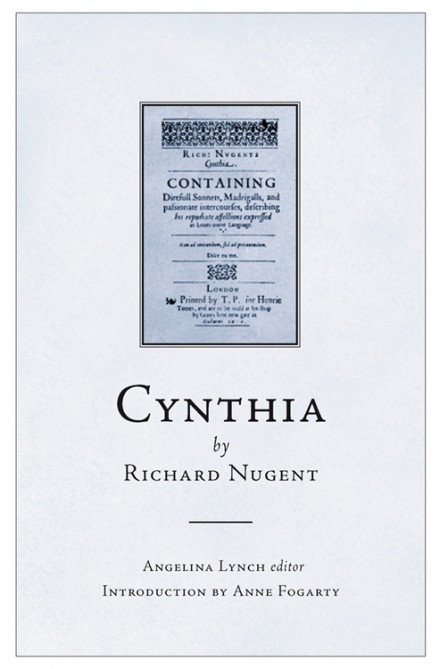