The correspondence of Catherine McAuley, 1818–1841

This is a critical edition of over 320 extant letters written by, to, or about her in her lifetime, and drawn together in one volume for the first time. It shows her important role not only in the early years of the Sisters of Mercy, but also in the pastoral development of the church in Ireland and England.

Born in Dublin in 1778, Catherine McAuley founded the Sisters of Mercy in 1831. Catherine's gentle manner won for her loyal friends and when she was 40, she inherited a fortune from a childless couple that she had befriended. With her fortune, Catherine bought property on Baggot Street in an elite Dublin neighborhood. Dublin's Archbishop Murray obtained permission from Rome that Catherine and her followers would, even as religious, be permitted to move among the poor. When Catherine then took this proposal back to Baggot Street, the House of Mercy community agreed unanimously to enter religious life. Thus, on Dec. 12, 1831, after living for a year with Presentation nuns, Catherine and two companions pronounced perpetual vows and returned to Baggot Street as the first Sisters of Mercy.

The Mercys soon were dubbed 'walking nuns' the first to go out from their convent to visit and care for the poor. Bishops throughout Ireland requested Catherine's sisters for other houses of mercy. Within 10 years, Catherine established 12 foundations in Ireland and two in England, the first convents to be built in England since the Protestant Reformation. The physical demands took their toll and after only 10 years, Catherine died. Self-possessed and generous to the end, she is said to have instructed from her deathbed, 'The sisters are tired; be sure they have a comfortable cup of tea when I am gone.' In April 1990, in completion of one stage of the process by which the Catholic Church defines sainthood, Pope John Paul II declared Catherine McAuley Venerable.

In North America this book will be published by the Catholic University of America Press.

Mary C. Sullivan, RSM, author of Catherine McAuley and the traditions of mercy (1995; pbk 1999), is Professor and Dean Emerita, Language and Literature, at the Rochester Institute of Technology, New York State. 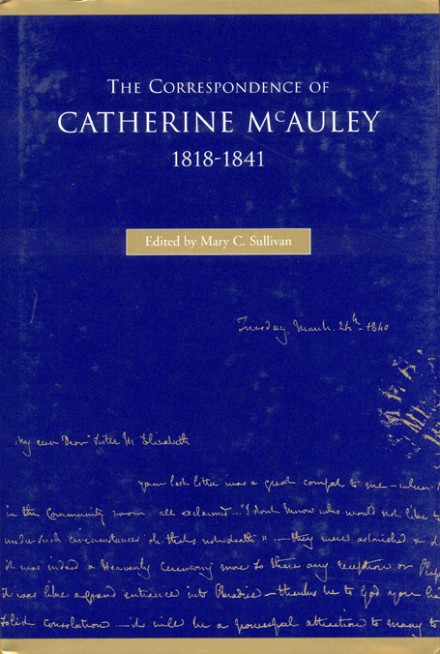