A tragedy of Cola's furie or Lirenda's miserie

'A little known five-act tragicomedy in verse that was published in Kilkenny in 1646 (and of which there is believed to be only one copy remaining), this is an allegory of events surrounding the Confederation of Kilkenny and its struggle against English rule [...] it gives us a fascinating insight into the politics of the time and the mindset of the Catholic Confederates [...] The text has been edited by Angelina Lynch of UCD with notes throughout, and a very useful introductory essay is supplied by Patricia Coughlan, professor of English at UCC, who adds a note identifying the real-life people represented by the play's characters', Books Ireland (April 2009).

‘Cola’s Furie, although long known to specialists, is one of those texts more written about than read. Thanks to this accessible version, edited by Angelina Lynch and incisively introduced by Patricia Coughlan, it can now be subjected to minute study … This is the second in a series of new editions of rare and inaccessible printings from seventeenth- and early eighteenth-century Ireland. Thanks to this welcome enterprise, in future, poetry, plays and fictions will be much more readily integrated into the histories of Ireland', Toby Barnard, TLS (18 Sept 2009).

‘Angelina Lynch’s edition of Henry Burkhead’s seldom-read drama is a timely boon to the growing scholarly interest with early modern Ireland … this edition, seeking to present an authoritative text as well as “prompt further investigation”, is accessible, illuminating, and handsomely presented. Patricia Coughlan’s introduction situates the play historically and presents several theories regarding Burkhead’s life and occupation, of whom “almost nothing is definitely known” … This edition of Cola’s Furie is clear and well annotated, and the introduction will help orient the casual reader, while offering insight to scholars of early modern Ireland … the helpful and thorough nature of this edition makes it a welcome addition to the Four Courts Press series of rare texts from early modern Ireland', Benedict J. Whalen, Sixteenth Century Journal (2011). 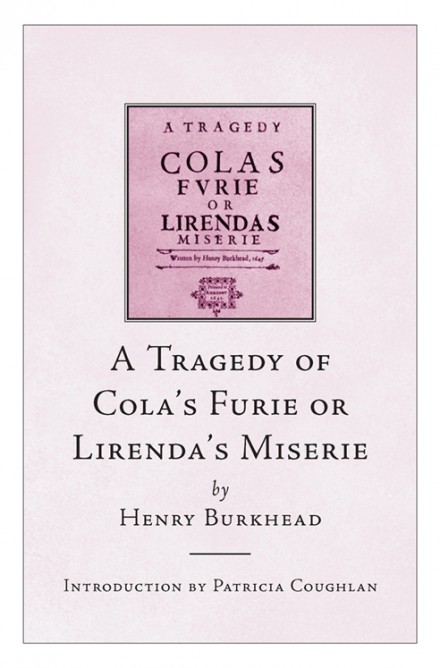