In 1886 the earl of Clanricarde evicted the tenants of Woodford on his east Galway estate. The ramifications of his actions echoed through Ireland in the late nineteenth century. The stubbornness of both Clanricarde and his opponent John Dillon gave rise to events that were of pivotal importance in the second phase of the Land War. While much attention has been given to these events and the two men involved, the impact on the wider community embroiled in these events has scarcely been touched on. In particular, the lives of those who were introduced on to the estate to replace the evicted tenants have remained unexplored. This book recreates the world of those people from Protestant Ulster who were attracted into Galway by Clanricarde’s agent after the evictions. For some 30 years these men and women made a new life for themselves sometime in difficult conditions with the media of the day creating victims as circumstances suited. Religious sectarianism, politics and land all combined within a volatile environment in which intransigent politicians and landlords refused to reach any agreement. The result, the 1903 Land Act, changed the shape of Irish landownership forever.

Mirian Moffitt is the author of a number of books on religion and politics in late nineteenth-century Ireland including The Society for Irish Church Missions to the Roman Catholics, 1846–1950 (Manchester, 2009). 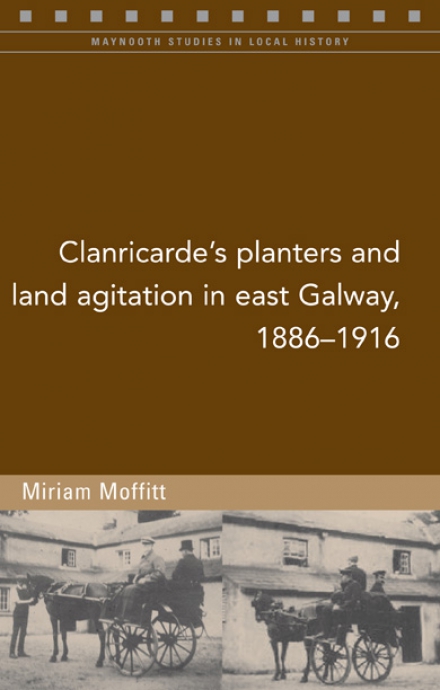