Gillian Kenny provides a coherent picture of the lives of women in medieval Ireland through an examination of their marital circumstances. By comparing and contrasting the differing lives of Anglo-Irish and Gaelic single women, wives, widows and nuns of late medieval Ireland, the author tries to identify how their functions and roles in society were affected by the differing rights enjoyed and by the restrictions imposed by their different societies.

The book is constructed to reflect thematically the standard marital progression of women in medieval Ireland (both Gaelic and Anglo-Irish) from single women to wives to widows. The machinery of church and state dominated and controlled how women conducted their lives. Within these structures, however, women were able, to differing extents, to transmit and receive land and movables, to work for a living as tradeswomen, craftswomen or merchants, or to devote themselves to the spiritual life as single women, wives or widows.

Gillian Kenny is a graduate of both University College Dublin, where she received her BA and MA, and of Trinity College Dublin where she was conferred with a PhD in 2005. She is currently engaged in research relating to Irish women's lives before the twelfth century. 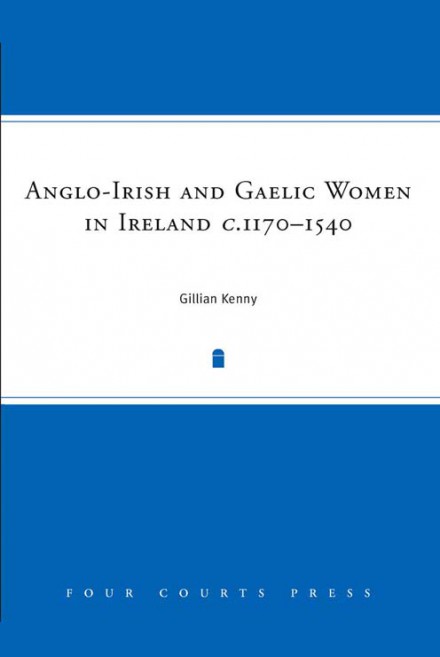