The sixth volume in the Irish musical studies series forms a logical sequel to the second volume, Music and the Church (1993), which explored the connective strands, historical, theoretical and contemporary, between music and one of its oldest sources of inspiration, religious expression. This Historical anthology, unashamedly positivist in focus, examines fourteen liturgically-based compositions from the medieval period to the 20th century, Roman Catholic and Protestant in provenance, each edited for performance and assessed and evaluated in the context of the wider compositional tradition from which it emanated. An introductory chapter examines the historical milieu which determined the particular choice of music, much of which (motets and anthems by Bewerunge, Carter, Greig, Hewson, Larchet, O’Brien, and Robinson) appears in published form for the first time.

Both editors are practising church musicians: Gerard Gillen is professor of music at Maynooth University and titular organist of Dublin’s Pro-Cathedral since 1976, and Andrew Johnstone is a lecturer in music at Trinity College Dublin, and assistant organist at Christ Church Cathedral. 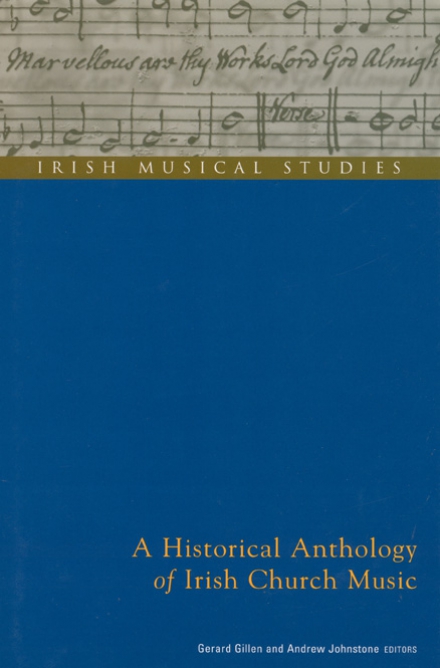