Memoirs of a Derry bishop

'A troubled see charts the twenty years of Daly’s occupation of the see of Derry, when the conflict in Northern Ireland moved from teetering on the bring of outright sectarian civil war to a low-level, sustained civil insurgency, the violence no less devastating in its impact … His observations in this volume, as in his previous memoir, will remain an essential source for historians seeking to understand the history of the Church in twentieth-century Ireland', Caoimhe Nic Dháibéid, Journal of Ecclesiastical History (April 2013).

‘As well as personal reflection on his own time as bishop, the memoir also takes in such events as Bloody Sunday, the visit of John Paul II to Ireland, the Birmingham six, the Saville Inquiry and much more. A mixture of personal memoir and an account of major events, this makes for interesting reading', Books Ireland (November 2011).

‘From these pages there emerges a figure that, when the definite history of our times is written, will be recognised as one of the great church men of twentieth-century Ireland. His engagement with this people and his dealing with the circumstances of terrorist violence and state oppression in his period of episcopal leadership shows a man acutely sensitive to the problems faced by church and society, and who responded with compassion and integrity to all who crossed his path … his analysis not only on the Irish church’s response to violence in the north during the Troubles but also its relative failure to systematically implement the reforms of Vatican II will repay careful reflection … Readers of this journal will be especially interested in his views on Catholic education … Much of what Daly writes is fascinating for the light it sheds on the workings of the Irish hierarchy in the face of the Troubles. The story is laced with humour and good sense', Oliver P. Rafferty SJ, Le Cheile (November/December 2011).

‘When the time eventually comes for a calm and dispassionate history to be written of the “Troubles” that tormented and tortured the island of Ireland for much of the second half of the twentieth century, there can be little doubt but that the name of Bishop Edward Daly will feature as major figure within the narrative … This series of memoirs continues the narrative from Bishop Daly’s earlier Mister, are you a Priest? and, as such, is the second instalment in his life story … The portrait we encounter, in reading A Troubled See, is of a remarkable, conscientious and virtuous man', Richard Clarke, Studies (Spring 2012).

‘All through the book Bishop Daly is forthright in his comments and it is interesting to hear his “inside” story of the role of the Irish Episcopal Conference and the mission of the Church in the future … read it for yourselves! You will fly through it for it is very engaging', Réamonn Ó Muirí, Seanchas Ard Mhacha (2012). 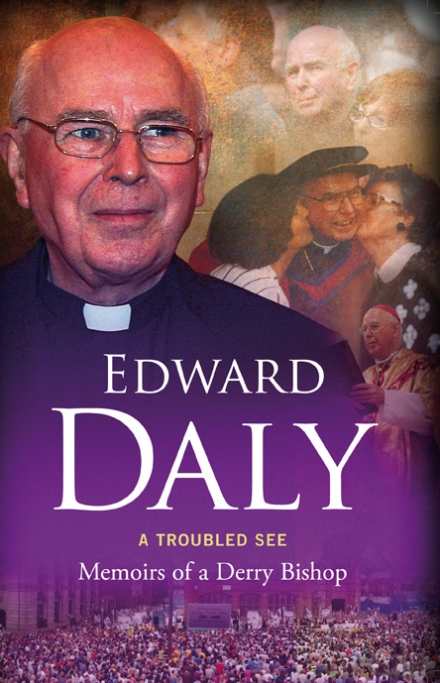