Tales of the Irish missionaries

‘This book provides a forum for a collection of anecdotes and reminiscences … These very personal accounts describe the excitement and adventure of missionary life, but also reveal the sometimes isolated and even dangerous nature of the work that missionaries do. Some contributors recall particular events or incidents, others describe more general experiences of culture and shock and cultural misunderstandings … It gives a voice to a section of the Irish diaspora which is often overlooked, and is testament to the varied careers of a generation of Irish men and women who gave their lives to missionary work. As such this book is a reminder of one way in which the Irish have reached out to others around the world’, Fiona Bateman, Irish Studies Review (September 2013).

‘This book contains brief tales from the frontier so to speak, literally from China to Peru. The tales and memoirs are arranged not geographically but by areas of experience, such as the first steps abroad, the lighter side of missionary work and cultural encounters, being balanced by sections dealing with the more dangerous edge of the things, the impact of war and disease and famine … The energy, imagination and perseverance, courage and humour of Irish missionaries illustrated in this book is amazing and often entertaining', Peter Costello, The Irish Catholic (September 2011).

‘A veritable cornucopia of experiences representing but the surface of a rich history in need of further exploration … the accounts of missionaries themselves is where this book excels … A Road Less Travelled is not a history book. It is a collection of narratives the purpose of which is not only to give voice but to “salute” Irish missionaries. It certainly achieves this objective. But it accomplishes more than this. For the personal accounts, inspiring and emotional as they may be, hint at the vastness and the potential of this “chapter of history,” the numerous, if not endless, possibilities for the researcher. This is a history of religion and gender; of class and culture; of race, colonialism and post-colonialism; of education and health; aid and economics; ecology and disaster; of conservation and innovation; of poverty, emancipation and empowerment', Yvonne McKenna, Irish Literary Supplement (Spring 2013).

‘The great message of this book is that respect is earned and deserved, never presumed … the book is a compendium of notes, short essays, diary entries, reminiscences, appreciations by men and women from Ireland who lived and worked around the world living the good news, or, in a few cases, men and women from distant lands whose missionary work has now seen them settle in Ireland. They are tales of toiling in the vineyard, but the vineyards of Alaska, Congo, Zimbabwe, Sri Lanka, Brazil, Sierra Leone and thousands of similar places whose common calling is that they are very far away and very, very remote … these are stories of individuals who set out, in varying ways, to change the world. They set out to be a presence for something and someone greater than themselves and to share that greatness with the wretched of the earth … In her Foreword to the book President McAleese (as she then was) writes of the influence of Irish missionaries and educators in every corner of the planet, as encountered by her on her travels … These are special notes from footsoldiers. Not officer class. That is why they are so special', David O’Grady, The Furrow (January 2012).

‘[This book] is bursting with short stories of adventure and misadventure which are at times hilarious, often sobering and always touching. The book charts the pioneering work that has been carried out in areas such as health and education and the often dangerous circumstances missionaries have encountered, including civil unrest in African nations and a 14-month stint in solitary confinement on the orders of communist China … the stories offer a fascinating insight into life on the missions, whether it be Africa, Asia or South America', Maeve Connolly, Irish News (January 2012). 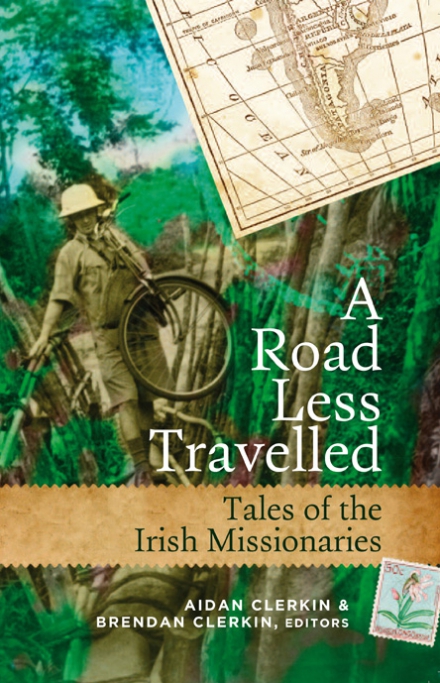