The Ordnance Survey in nineteenth-century Ireland

For many years after its foundation in 1791, the Ordnance Survey was mainly concerned with making small scale military maps of England. The department had no definite plans for Ireland until 1824, when it was directed to map the whole country (as a prelude to a nationwide valuation of land and buildings) as quickly as possible on the large scale of six inches to the mile. After many delays and some mistakes, economy and accuracy were brought to this new task by applying the division of labour in a complex succession of cartographic operations, outdoor and indoor, each of which was as far as possible checked by one or more of the others. A similar system was later adopted by the Survey's British branch. The six-inch maps of Ireland appeared between 1835 and 1846, during which time they evolved from 'merely skeleton maps' (Sir James Carmichael Smyth) into 'a full face portrait of the land' (Thomas Larcom). It was originally intended to accompany them with written topographical descriptions, but only one of these had been published when the idea was abandoned in 1840.

The revision of the maps, begun in 1844, was more successfully pursued, though like the original survey it presented new and challenging problems. In the 1850s the production of both smaller and larger scale maps of Ireland was placed on a regular footing. The survey's Dublin office was kept in being to carry out these tasks, which were not completed until almost the end of the century. The above mentioned topics are fully described in this thesis.

Meanwhile a new and separate chain of events had begun in 1887 with the authorization of cadastral maps of Ireland on the scale of 1/2500. The latter, together with some more recent aspects of Irish Survey history, form the subject of a brief postscript.

John Andrews was professor of geography at Trinity College, Dublin. Author of numerous articles and books, he is now retired. 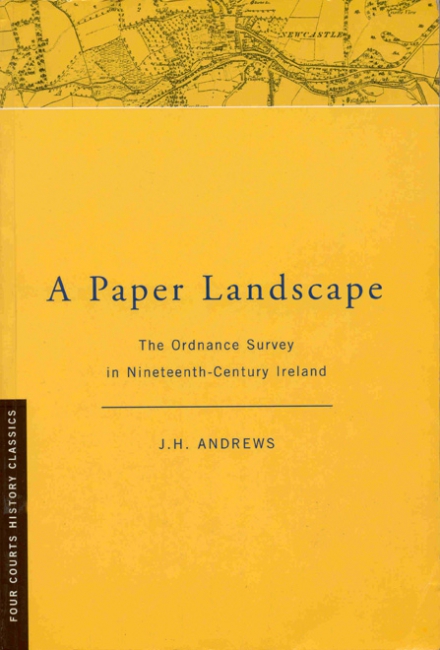