In October 1750 Walter Butler, a Waterford sea captain, purchased a ship in the port of Bordeaux and had it refitted there before loading it with wine, brandy and other French produce for his home port. Renamed the Catherine after his wife, the ship spent the winter in Waterford where Butler and his men prepared for a voyage to Newfoundland. She departed for the fishery in April 1751 with “passengers” (seasonal migrants) and salt provisions, returning home in the fall. Over the next six years The Catherine completed three more round trips to Newfoundland and voyages to London, Tenby, Dublin, Cork, Lisbon, Cadiz and Seville. The brig was captured off St. Lucar by a French privateer in spring, 1757.

Butler’s account of the Catherine survives (Prize Papers, High Court of Admiralty). The ledger contains the most detailed description of a Waterford ship, shipmaster and crew for the eighteenth century. It is a record of everyday economic exchanges with merchants, traders, artisans and labourers in Waterford city and in the ports and fishing harbours visited by the Catherine overseas, in England, Wales, France, Iberia and in faraway Newfoundland.

John Mannion holds a BA and MA from University College Dublin, and a PhD from the University of Toronto. Now retired, he was a professor of Geography at Memorial University of Newfoundland in St John’s from 1969 to 2005. Much of his research and publications focus on patterns of Irish participation in the international cod fishery from 1700, transatlantic shipping and migration, the Irish provisions trade and the role of merchants and shipowners in recruiting servants in south-east Ireland to prosecute the fishery. 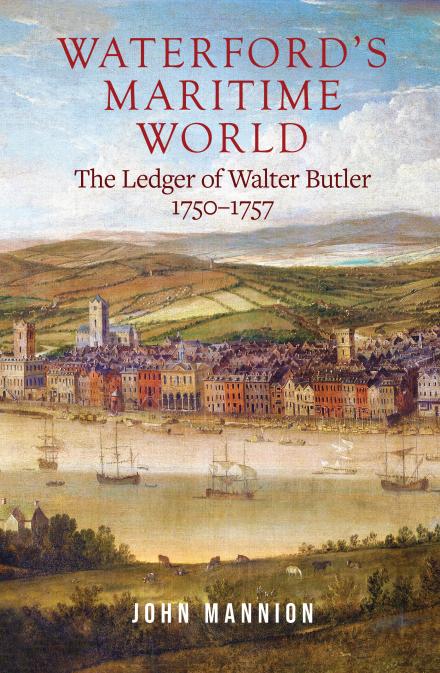