Horology and Literature in the Later Middle Ages and Renaissance

There is ample evidence, from the earliest periods onwards, that mankind has sought to measure and organize temporal movement by means of intellectual theories about historical sequences and the contours of peoples’ lives, as well as by practical literary instruments such as calendars, almanacs, and a variety of physical timekeeping devices such as sundials, astrolabes, flame-clocks, hour-glasses and water-clocks. But in the late thirteenth century and early fourteenth century, because of developments in physics and mechanics, it became possible to develop mechanical clocks, timekeeping machines independent of natural phenomena like the sun, moon and stars, daylight and darkness.

The making of mechanical clocks was a skill that spread rapidly throughout Europe. Originally made by metalworkers, such as blacksmiths and locksmiths, early clocks, monastic or civic, were large, elaborate and showy, but inaccurate and not particularly reliable, designed principally for outdoor public spaces. But, as clock-making became the province of specialists, more accurate smaller domestic clocks, watches and personalized timekeepers were developed. This book seeks to describe the impact of these instruments on the theological, philosophical, political, social, moral and personal thinking of the period from the thirteenth to the seventeenth centuries, and the way that this thinking was expressed, mainly in English texts, but in other linguistic cultures too.

John Scattergood is emeritus professor of medieval and Renaissance English literature in TCD. He is the author of many books, most recently Trinity College Library Dublin: a descriptive catalogue of manuscripts containing Middle English and Some Old English (Dublin, 2021), compiled with the assistance of Niamh Pattwell and Emma Williams. He is a life member of the Royal Irish Academy. 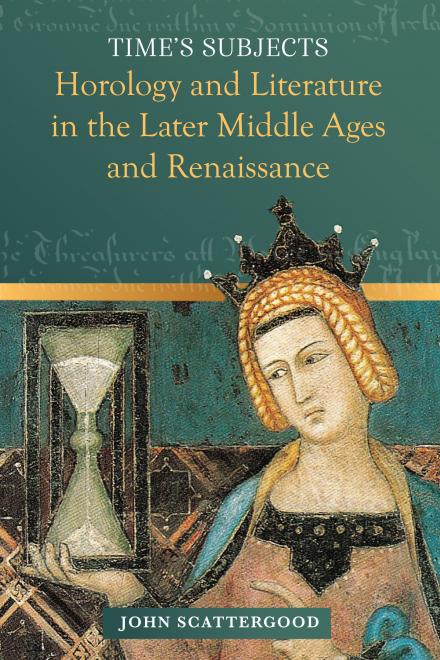