Tracing its history to the foundation of the Irish Volunteers in 1913, the Irish Defence Forces has evolved beyond recognition from the force that emerged in tandem with the new state in 1922. Plunged immediately into the chaos of a bitter civil war, the path towards a professional Defence Forces during the 1920s and 1930s was rarely smooth, with progression hampered by internal dissent, political neglect and limited financial investment. The island of Ireland possesses a geopolitical and strategic importance that belies its size, and the difficulty of creating and maintaining a force capable of defending Irish neutrality was brought home during the Emergency (1939–45). Those years saw the greatest mobilization of manpower in the history of the state, an achievement quickly forgotten as the Defence Forces were allowed to return to the doldrums in the late 1940s.

Revitalization came following Ireland’s accession to the United Nations in 1955, as the Defence Forces emerged as a core component in the UN’s peacekeeping efforts and a vital – if under-appreciated – element of Ireland’s international relations. At home, the Defence Forces’ duty to aid the civil power became ever more important with the outbreak of the Troubles in Northern Ireland in 1969. In recent years a number of important challenges have emerged, both internally and externally, with the Defence Forces compelled to adapt to changing demands at home and abroad.

This richly illustrated book explores the landmark successes and achievements, struggles and missteps of the Defence Forces over the past century. Highlighting the men and women of the Army, Air Corps, Naval Service and Reserve, it offers the first complete overview of the development of the Defence Forces from the foundation of the Irish Free State to the present day.

Eoin Kinsella is Managing Editor of the Royal Irish Academy’s Dictionary of Irish Biography. He is the author of several books, including Dublin City University, 1980–2020: designed to be different (2020). 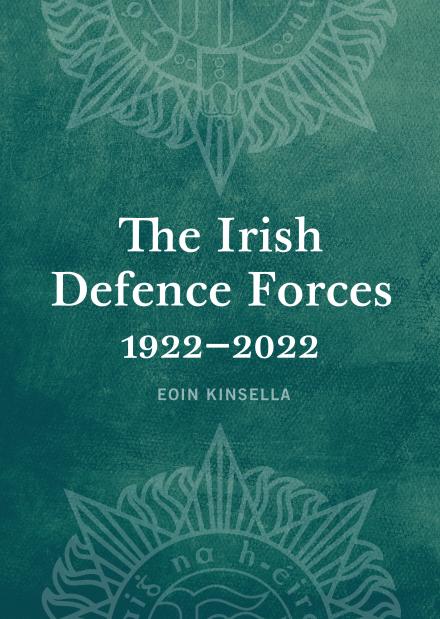