Medieval Ferns was one of south-eastern Ireland’s most important settlements. It played a key role in local, regional and national history from its foundation by St Aidan in 598, especially when serving as King Diarmuid McMurrough’s royal seat and the head of an influential medieval diocese. The archaeological and built heritage of the town reflect its historical importance, with significant architectural remains dating to both the early and the late Middle Ages – not least in the form of the imposing early thirteenth-century Ferns Castle. While some of the town’s archaeology, such as the castle, has already been investigated and published, a significant body of research has taken place within the last decade or so, including several telling investigations of the early medieval origins of Ferns. This beautifully illustrated volume, with full colour throughout, shines a light on the remarkable history and archaeology of medieval Ferns, highlighting the intriguing discoveries of recent excavations and research programmes. An interdisciplinary team of twenty scholars has come together to present the results of this new research in the context of our existing knowledge of medieval Ferns, building on and re-evaluating that baseline understanding. The result is the most complete picture to date of the origins and evolution of medieval Ferns, along with some directions and priorities for future research.

Denis Shine and Stephen Mandal are directors of the Irish Archaeology Field School and the Irish Heritage School. Michael Potterton is a lecturer in the Department of History, Maynooth University. 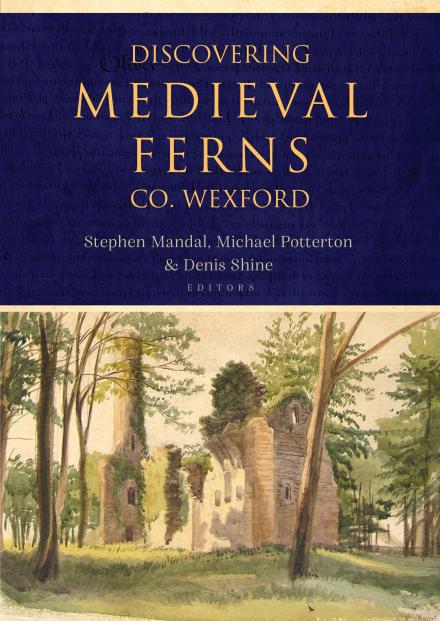