In December 1922 General Nevil Macready sailed away from Dublin for the last time, marking the end of British rule in most of Ireland. Macready was the last in a long line of commanders of the British army in Ireland. The contribution of these men to Irish history has been overlooked. This book seeks to highlight the significant impact made by generals such as Ralph Abercromby, Charles Cornwallis, Frederick Roberts and Garnet Wolseley, who were household names in their times. This book details the commanders’ duties, which included suppressing rebellion, guarding against enemy invasion, maintaining discipline and promoting the welfare of the army. In addition, their wider role in Irish society is revealed, highlighting their significant influence on the artistic, cultural and economic life of the country. There is also a focus on the challenges faced by the commanders in managing relations with Dublin Castle, which resulted in crises such as the ‘Abercromby affair’ on the eve of the 1798 rebellion and the Curragh ‘mutiny’ in March 1914. A key theme throughout the book is the gradual shift in attitude towards the commanders due to the growth in Irish nationalism, which would eventually culminate in the evacuation of British Forces in December 1922.

Tony Gaynor received his PhD in Irish History from TCD in 1999. A former civil servant and CEO of the Royal Irish Academy, he currently works in Maynooth University. 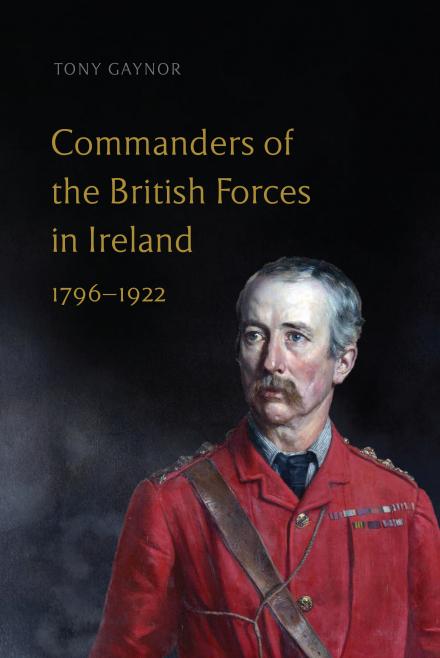