This book uncovers the world of Charles Owen O’Conor, the O‘Conor Don (1838–1906), one of the most prominent Catholic landlords and Liberal MPs of his generation. The scion of the last high king of Ireland and one of a long line of politically active O’Conors, he was a wealthy, fair-minded landlord who served as MP for his native County Roscommon between 1860 and 1880. In parliament, he supported reforms in education, juvenile care, factory law, Sunday closing, the Irish language and landownership. However, as a loyalist, unionist and imperialist, he was out of step with the mood and aims of popular Irish nationalism, especially on the issue of home rule. Indeed, although he was a devout Catholic, proud Irishman and critic of the union, his liberal Catholic and unionist outlook ensured that he became an increasingly marginalized figure as Irish politics polarized along Catholic nationalist and Protestant unionist lines.

Aidan Enright holds a PhD in history from Queen’s University Belfast and is currently an associate researcher at Leeds Beckett University. 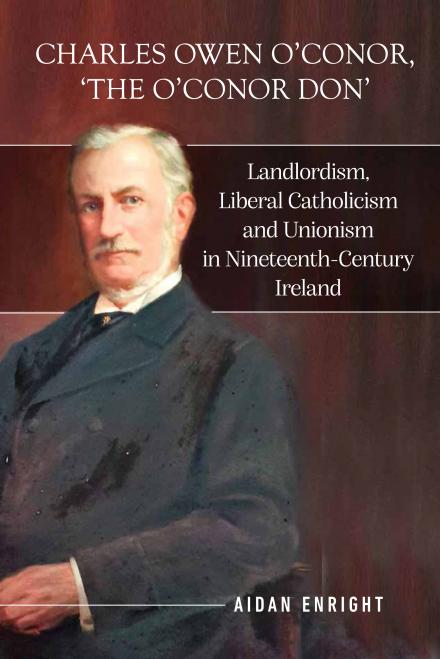