The world-famous collection of manuscripts in Trinity College Library Dublin largely consists of items which came to the College in 1661 from the library of Archbishop James Ussher, primate of All Ireland, who had been a fellow and professor there. Ussher’s manuscripts were mainly in Latin, but he also collected material in English, Irish and other languages – including a number of ancient eastern languages. His interests were principally in theology and religion, history and some practical sciences, and though, later, other donors contributed other valuable items, the character of the collection remained what it was. Accordingly, among the Middle English items, there are many religious texts, in both poetry and prose, a lot of which are reformist – Wycliffite Bibles and polemical works, many of which are unique to this collection. Among the histories appear ten copies of the popular BrutChronicle, of which five are in Middle English and two of which (MSS 489 and 505) are richly illuminated, Robert Bale’s Chronicle of London 1189–1461, and translations of Giraldus Cambrensis’s Expugnacio Hibernica, as well as William Lambarde’s invaluable text (MS 631), made in 1563, of The Anglo-Saxon Chronicle to the year AD 1001, copied from a manuscript destroyed by fire in 1731. John Benet’s personal miscellany (MS 516), compiled over many years in the middle of the fifteenth century, preserves many unique texts relating to the Wars of the Roses. This catalogue, put together by its authors over many years, is the first to concentrate on these manuscripts and to describe them in detail. 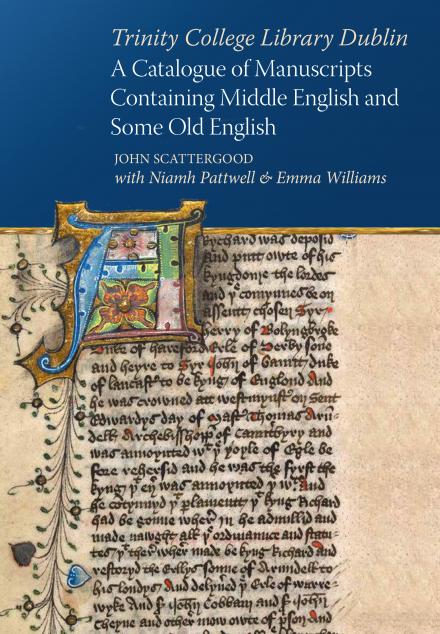