"It is impossible to write a history of Ireland in the seventeenth century without considering the career and legacy of the enormously energetic carpetbagger, Richard Boyle, first earl of Cork (1566–1643). As Ann-Maria Walsh observes in her impressive new book, Boyle’s strategy for success involved “planting, custodianship and self-publicizing”, factors that determined the lives of the Boyle women and those who married into the family. Until now, however, analysis of the Boyle family has centred on the earl and his sons, and the women have been largely seen in terms of their marriages and children … Richard Boyle had seven daughters: Alice, Sara, Lettice, Joan, Katherine, Dorothy, and Mary, six appearing in the monument to their father in St. Patrick’s Cathedral, Dublin (Sara died in 1633). All were educated, all got married, and all left a mark, many leaving journals and letters, the basis for this study. Rather than following the lives of the women in question the book is organized into five chapters representing particular aspects of the women’s experiences and their writing. Sensitive to the both the advantages and limitations of the lives of its protagonists, and building on a wide range of archival sources, Daughters of the First Earl of Cork is a serious and enjoyable book. Well-written and argued, it is a valuable overview of the lives of a group of forceful aristocratic women who played their part in establishing the Anglophone nature of colonial Irish society. There are some nice colour plates too." Andrew Hadfield (Seventeenth Century Journal. November 2020).

“Collections of family papers are rare for sixteenth- and seventeenth-century Ireland ... The extensive archive of the family of Richard Boyle, first Earl of Cork, is, therefore, exceptional. As Ann-Maria Walsh documents in her book on the cor­respondence of the women in Boyle’s family, the archive provides a detailed record of the lives of one of the most prominent families in early modern Ire­land … The majority of Cork’s papers are deposited in the archive of Chatsworth House, Derbyshire ... Walsh trawled through the Chatsworth archive to identify the women’s letters. She also visited many other archival institutions in England and in Ireland to locate additional letters and relevant documentation. The result is a unique record of writing by a group of seventeenth-century Irish women … She analyzes individual letters to demonstrate the subtle and nuanced way in which Cork’s daughters wrote to him, often successfully, for financial and other forms of help. Walsh’s analysis fits into an expanding body of scholarly literature on early modern letter writing by women that emphasizes the need to “read beyond the words” to discern the meaning underneath ... The Daughters of the First Earl of Cork: Writing Family, Faith, Politics and Place makes a valuable contribution to early modern Irish studies. It adds to the work of Marie-Louise Coolahan, Naomi McAreavey, Ramona Wray, and others on the rich potential of women’s writing in seventeenth-century Ireland. It is also worth noting that all of these scholars, like Ann-Maria Walsh, are based in departments of English literature. They have, however, enhanced considerably our understanding of the history of early modern Ireland.” Mary O’Dowd, New Hibernia Review, Volume 25, Number 2, Summer 2021

“Recent years have seen a flurry of work and publications on both the career of the first earl of Cork, Richard Boyle (1566–1643), and his children, many of whom left a considerable impression on the history of seventeenth-century Britain and Ireland. Ann-Maria Walsh’s The Daughters of the First Earl of Cork: Writing Family, Faith, Politics and Place is an important contribution to this growing corpus of work on the wider Boyle family and affinity … this is a well-researched and valuable addition to the manifold work being undertaken at present on the Boyle family during the seventeenth century. It is required reading for anyone seeking to understand the contribution of the first earl’s daughters and the other Boyle women to the broader history of this much storied family”. David Heffernan, Journal of British Studies, April 2022

“Ann-Maria Walsh has trawled the Boyle archives in Chatsworth and Dublin as well as collections in other repositories, pulling out ‘letters, a diary and autobiography, a memorandum book, accounts books, medical receipt books, a prose treatise, and pious meditations’ that vividly bring to life a group of seventeenth-century women who lived across and between the Irish and British Isles ... Though the book’s title is The daughters of the first earl of Cork, it also includes writings by his wife, daughters-in-law and granddaughters … Walsh uses their words and their stories to weave together a portrait of this group of Anglo-Irish noblewomen, considering their roles within their families and communities, their experiences during war and peace, their networks and personal relationships, their contributions to intellectual and religious cultures, their construction of identity and self-presentation via their writing, and the impact of their ‘bifurcated existence’ and movement between Ireland and Britain. In doing so she also provides useful insights into the production and circulation of women’s writing more generally … this instalment very much whets the appetite for further engagement with the Boyle women”. Clodagh Tait, Irish Historical Studies, March 2022 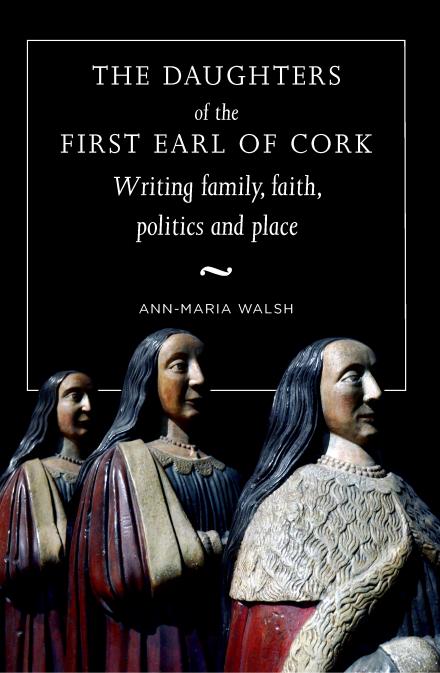 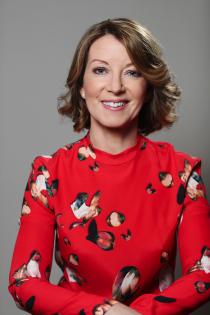